Yearend money in the hands of shoppers soars to US$726.8M 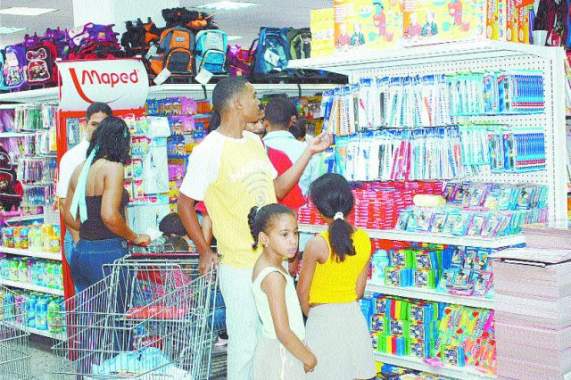 Santo Domingo.- As of last December 31 the money in the hands of the public soared to RD$363.4 billion (US$726.8 million), for an increase in cash of over RD$29.0 billion, taking only the movement of last November into account.

Over RD$117.1 billion were moved in the economy only in December in the hands of the public, while deposits transferable through checks while current bank accounts jumped to RD$246.2 billion, according to preliminary figures from the Central Bank.

Only the central government paid in December more than RD $ 17,000 million for the yearend salary of public servants, in addition to the private and informal sector’s payments.

Official data show a greater trend towards consumption between 2017 and 2018, compared to 2015 and 2016 when people made greater transfers through accounts that move with debit cards and deposits in local currency.

The behavior of increased spending began to be seen in the monetary aggregates starting from Black Friday when local sales climbed to RD$4.8 billion with credit cards and now with Christmas and Three Kings Day, whose purchases have activated retail the most.