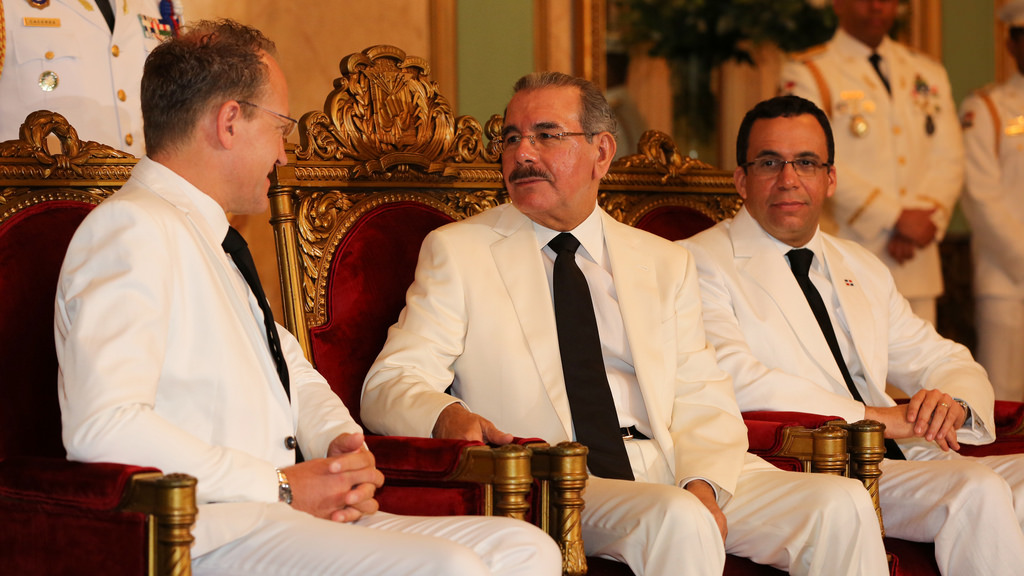 Foreign minister Miguel Vargas accompanied Medina in the ceremony which began 11am in the Ambassador’s Salon of the National Palace.