How much does democracy cost in the Dominican Republic? 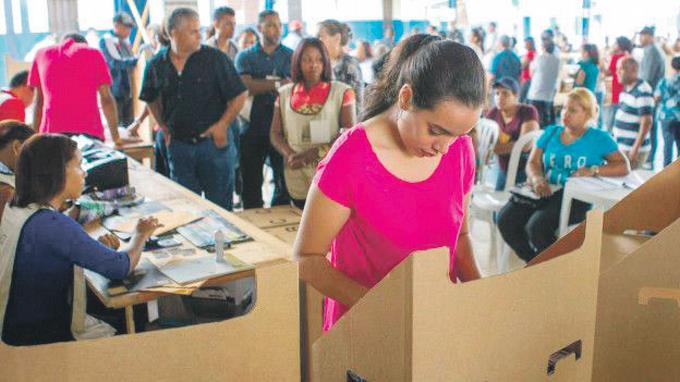 The system of distribution of the funds will remain unchanged. This year will amount to RD $ 805,043,462 million.

The Dominican democratic system, based on the election of its rulers and authorities through an electoral system with the direct vote of the majority, has a price.

The cost is contributed by the citizens who contribute to its maintenance through the budget that is assigned to the political parties, and which is administered by the Central Electoral Board (JCE).

Many say that we have the most expensive electoral system in Latin America with an average cost per voter that ranges between 1 and 3 dollars.

The truth is that in the Dominican democratic system, it is somewhat difficult to verify this cost accurately, since there is no exact measuring instrument to evaluate in economic terms how much the system we have costs us.

The price of the vote
Creole democracy is supported by the party system. In the Dominican Republic there are 26 recognized organizations and other municipal or local movements, but most of them are grouped around figures, so that in the last elections there were only eight presidential candidates.

The number of parties is considered exaggerated by political scientists who take into account that we are a country of only 10.5 million inhabitants, and a register of about six million voters.

For 2019, the pre-election year, in the General Budget of the State, the JCE received an electoral allocation of 2,100 million pesos, in addition to the operating budget and payment of debts.

The president of the JCE, Julio César Castaños Guzmán, informed that there is a lack of 1,500 million pesos for the assembly of the simultaneous primaries that will take place on October 6 of this year with the participation of five political parties.

Years of contributions.
In 22 years, the parties have managed about RD $ 20 billion in the budget.