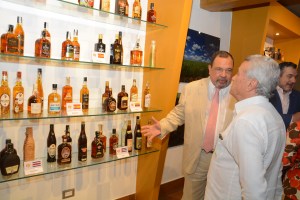 “The members of this guild will collaborate with the collecting entity in the implementation of this initiative, confident of its compliance by all actors in the alcoholic beverage sector, regardless of the tax regime in which they operate,” said Adopron president Mario Pujol.