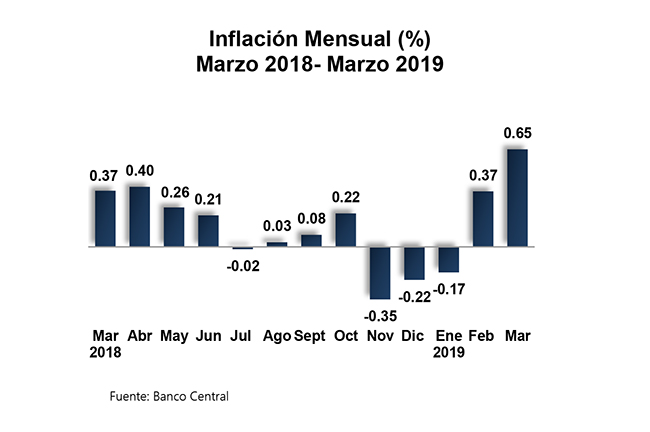 It adds that transport, which climbed 1.79%, is the group that most influenced March prices.