ECLAC op-ed: Forum of the Countries of Latin America and the Caribbean on Sustainable Development 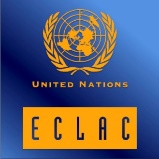 Forum of the Countries of Latin America and the Caribbean on Sustainable Development: An Example of Multilateralism and Regional Cooperation

Nearly four years after the international community approved the 2030 Agenda and its 17 Goals in 2015, the region’s countries will gather at the Third Meeting of the Forum of the Countries of Latin America and the Caribbean on Sustainable Development – an occasion conducive to taking stock of what has been achieved and of the challenges being faced at this complex global juncture.

This third version of the regional gathering will take place amid a paradox centered on the weakening of international cooperation, at a time when the scale and complexity of global problems make it more necessary than ever. Increasingly, some governments are reacting politically to the effects of hyper-globalization with defensive policies that seek to create barriers and undermine international cooperation (especially the multilateral variety) while favoring unilateral responses, attributing responsibility for economic difficulties to trade with poorer countries or to immigrants. In parallel, the rise in inequality and economic instability has led to the erosion of trust in democracy and in its capacity to respond to citizens’ needs in relation to employment and well-being.

In this scenario, fostering global, regional and national policies that promote trade, integration, and cooperation with social inclusion and environmental sustainability – while also strengthening democracy – has become an urgent task.

In our region, the Forum of the Countries of Latin America and the Caribbean on Sustainable Development gives tangible form to multilateralism, the vocation for integration, and the enthusiasm for regional cooperation.

Through the Forum, the region’s countries have made progress on implementing the 2030 Agenda. Today, 29 of the 33 countries in the region have institutional mechanisms for coordination and follow-up of the 2030 Agenda at a national level, with this work based on legal instruments that define their scope and objectives. This notable institutional advance was accompanied by the preparation of voluntary national reports that describe the activities of these mechanisms for coordination and the progress achieved on implementing the 2030 Agenda. If the 22 voluntary national reports already presented are taken into account, along with the interest expressed by 10 countries in presenting reports during the 2019-2020 period, then within five years of the 2030 Agenda’s approval, the region will boast 32 reports produced by 24 countries. What’s more, since only 17 countries worldwide will have presented at least two reports between 2016 and 2020, the fact that 7 of them will be from Latin America and the Caribbean shows the region’s commitment to the 2030 Agenda.

Although the region is on track to achieve some of the SDGs, attaining others is not viable in the current situation. Challenges persist given that Latin America and the Caribbean continues to be the most unequal region on Earth. ECLAC has stressed that inequality is inefficient and that social policies are, at the same time, policies for building capacities. The impetus for sustainable growth should stimulate the creation of jobs with rights that, in conjunction with ambitious and universal social policies, can rebuild the trust in and legitimacy of democratic systems, while also making room for international cooperation as an instrument of development.

The Forum, which will be held this year on April 22-26 at ECLAC’s headquarters in Santiago, Chile, represents a singular opportunity for governments, civil society, academia, the private sector and international organizations to discuss the problems affecting the region along the three dimensions of sustainable development: social, economic and environmental. Their debates will take place in a context that is, in itself, an example of the multilateralism that strengthens democracy: transparent and open to public scrutiny, with a diversity of actors and views, with marked concern for promoting inclusion, and with a foundation of empirical evidence and technical studies that give solidity to the analyses, debates and proposals.