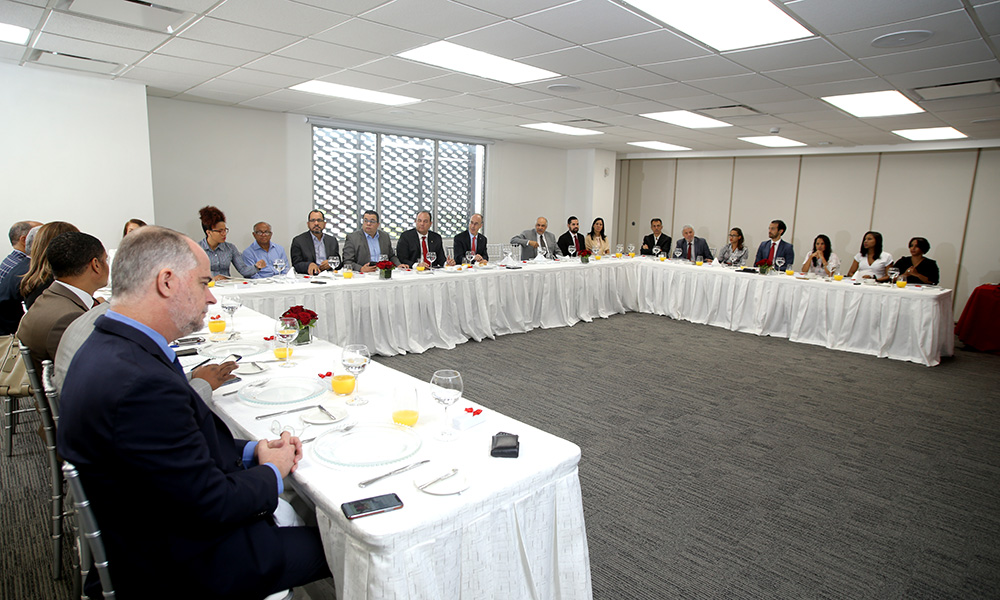 Santo Domingo.- The Progreso and Scotia banks will continue to operate each one with their platform, until the two institutions merge on March 2020.

In a Tues. press conference, the executives affirmed that “the combined operation of both entities had a very good year from the point of view of net profits, a component that was positioned at RD$1.7 billion (US$34 million), for a year-on-year growth of 11%, in line with the market average.”

They said that the increase was supported by a joint and balanced contribution, both from Banco del Progreso -with RD$732 million- and from Scotiabank, “which repeats its tendency to consistently have profits year after year, practically for the last four decades.”

“Here we are positioning ourselves at RD$1.0 billion, an increase of 14% year-on-year,” said Gonzalo Parral, general manager in the country, along with Ramón Marcelino, vice president and chief administrative officer of Scotiabank.