Valdez Albizu reports that the Dominican economy grew 5.7% in January-March 2019 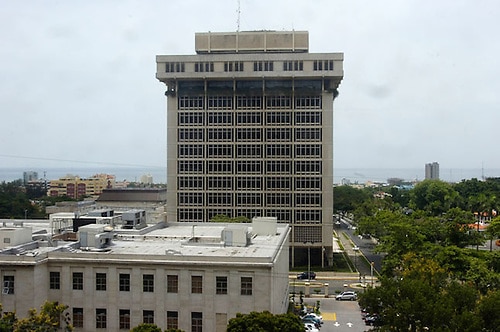 Santo Domingo Dominican Republic. – The governor of the Central Bank of the Dominican Republic (BCRD), Hector Valdez Albizu, announced that the Dominican Republic registered a real gross domestic product (GDP) growth of 5.7%, during the period January-March 2019, exceeding the figures available on Panama (3.7%), Honduras (2.8%), Guatemala (2.7%), Colombia (2.6%), El Salvador (2.4%), Costa Rica (2.2%) and the rest of the Latin American economies, which grew below 2.0%.

Speaking at the opening of the 4th Forum of Finance and Investment of the Caribbean, organized by Latin Finance, Valdez Albizu pointed out that, faced with an increasingly complex international environment, the Dominican Republic has managed to remain as leader of economic performance of Latin America, based on the strength of its macroeconomic foundations. He stressed that last year there was a growth of 7.0% and inflation of only 1.17% and that during the period 2013-2018 the average annual growth of GDP was 6.3% with average annual inflation of 2.48%.

Likewise, he stated that the implementation of coordinated economic policies, such as the inflation targeting scheme adopted by the Central Bank in 2012 and the fiscal consolidation that began in 2013, as well as more favorable terms of trade, helped to reduce to reasonable levels the “Twin deficits,” that is to say, the fiscal and the current account of the Balance of Payments, reinforcing the resilience of the economy to overcome internal and external shocks. He indicated that this, combined with the substantial increase in international reserves and the relative stability of the exchange rate, are elements that have positively influenced the collective welfare, exhibited in the improvement of social indicators.

Accumulated inflation to the first quarter of 0.86%
Regarding inflation, Valdez Albizu said that “this economic growth has been achieved by preserving price stability, so that the cumulative inflation in the first quarter of 2019 was 0.86%, lower to 1%; while year-on-year inflation, measured from March 2018 to March 2019, was 1.47%, below the lower limit of the target range of 4.0% +/- 1.0%. ”

Investment and tourism as driving elements
The governor of the BCRD reported that the investment, mainly of private origin, has grown more than 10% during six consecutive quarters. He also highlighted the significant role of tourism, which exhibits a hotel occupancy rate of 85.4% at the end of the first quarter of this year, with more than 80,000 rooms of tourist accommodation, without adding the almost 5,000 units that will be incorporated with the new ones hotel projects announced, which represents the largest lodging capacity in Central America and the Insular Caribbean.

A strengthened external sector
In the first quarter of 2019 – said the governor of the BCRD-, the current account of the Balance of Payments presented a surplus of US $ 241.7 million, and the income in foreign currency for exports of goods, tourism, remittances, foreign direct investment, and other services amounted to about US $ 7,800 million, representing the additional US $ 600 million with respect to 2018.

Valdez Albizu reported that “foreign direct investment reached the sum of US $ 803.7 million in January-March 2019, an extraordinary increase of 28.2% compared to the first quarter of 2018, mainly channeled to the communications, tourism and real estate sectors, reaffirming that We are an attractive destination and leader in this line in Central America and the Caribbean in recent years. ”

The lowest depreciation of the last four years in this period
The governor of the BCRD highlighted in the international forum, the exchange rate stability reflected in the real exchange rate “aligned with the macroeconomic fundamentals and an accumulated nominal depreciation as of March 29, 2019 of 0.5 % with respect to December 31, 2018, the lowest depreciation in this period for the last four years, with an exchange rate of RD $ 50.55 / US $.” He added that “the upcoming start-up of the electronic currency trading platform of the Central Bank will offer a transparent mechanism to improve price formation and optimize the execution of foreign exchange operations.”

More formal employment and poverty reduction
Regarding the generation of jobs, the governor stressed that the prolonged period of growth of our economy has generated a very positive impact on the labor market. The recent data from the Continuous National Labor Force Survey that the Central Bank surveys show that in the last 12 months 155,848 new net employed persons have been created, reaching the total of new jobs from October 2012 to March 2019, about 823,389 additional workers.

This figure is unprecedented in the country.

“Other excellent news is that approximately 80% of the jobs generated in the last year are formal, defined as those that have access to social security via their occupation. The total informality rate of the economy decreased from 57.8% to 55.6% in the last 12 months,” said Valdez Albizu at the international forum on finance and investment in the Caribbean.

In addition, Mr. Valdez Albizu highlighted that, according to data from ECLAC, the Dominican Republic together with Chile, Panama, and Uruguay are the countries with the greatest reduction in monetary poverty in recent years. In that tenor, he pointed out that the country’s general poverty went from 39.7% in 2012 to 22.8% at the end of 2018, which is equivalent to approximately 1.5 million Dominicans having managed to overcome the poverty line in the last six years.

Regarding inequality, he pointed out that the Dominican Republic showed a substantial improvement in this indicator, occupying in 2017 the fourth place in 17 Latin American countries with the lowest level of inequality, reporting a Gini coefficient of 0.438 in that year.

Good prospects for the Dominican economy in 2019

The governor of the BCRD announced that the institution expects that, driven mainly by investment and private consumption, the Dominican economy would grow above 5.5%, higher than its potential, while inflation would be located around the lower limit of the target range of 4.0% ± 1.0% in 2019. “Undoubtedly, these low inflationary pressures have ample degrees of freedom to stimulate our economy in a timely manner, should risks arise in the international environment or in the event of any shock that affects the expectations of the economic agents,” he explained.

With respect to the external sector, “a current account deficit of -1.5% of GDP is expected at the end of 2019, well below its historical average, with projections that the Dominican economy could be generating some US $ 30,700.0 million.”

The governor of the BCRD concluded his speech by stating: “I want to leave in the minds of all, that in the Central Bank we are convinced that macroeconomic stability will be maintained, as has happened in the past even in the context of an electoral process. In this regard, we reaffirm our inescapable commitment to the constitutional and legal mandate to preserve price stability.”