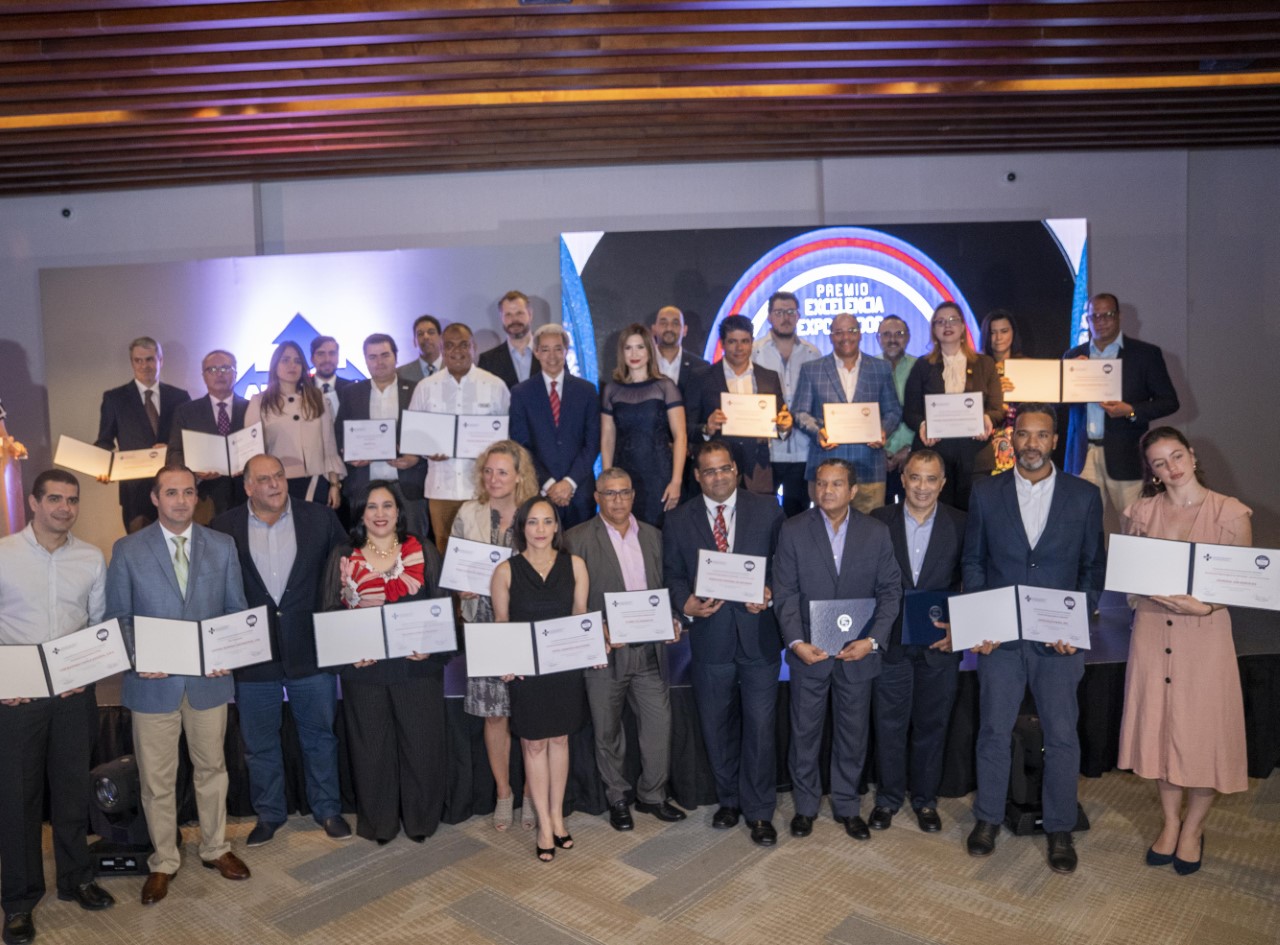 Santo Domingo.- The Dominican Exporters Association (Adoexpo) on Thurs. hosted a cocktail with executives and representatives of the companies that are nominated in 7 lines to the 33rd edition of the 2019 Export Excellence Awards, which is set for June 25, during the Dominican Exporter Gala, in the Jaragua hotel, from 7pm.

“This meeting, which served to deliver the certificates of the nominees and offer the details of these business awards, was held on Tuesday, May 28, at the Epic Center of the Blue Mall, headed by Luis Concepción, president of Adoexpo; Odile Miniño Bogaert, executive vice president, board members and special guests,” the exporters said.

In a statement Miniño said the Export Excellence Awards are granted by Adoexpo to recognize the effort, talent and quality shown by the companies in that sector in 2018, with the aim of stimulating that economic activity as an engine of growth, economic and social development of the Dominican Republic.

“As in every year, the awarded companies will receive a plaque and seal of Dominican export excellence, which they will be able to exhibit in their products in the three years following this award, and highlighted that a differentiating element of this version 33 of the awards is that it will be observed by the international firm KPMG.”