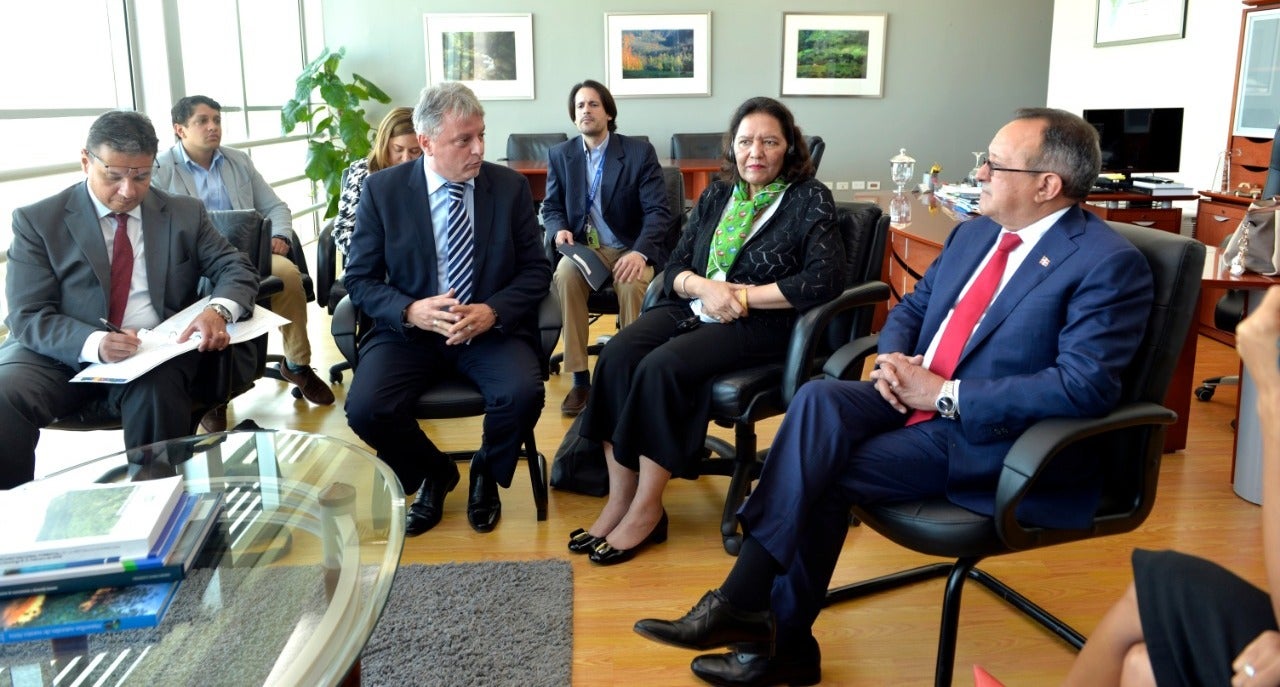 Santo Domingo.- Environment minister, Angel Estévez, on Thurs. met with a World Bank delegation, led by Caribbean Regional director, Tahseen Sayed Khan, to discuss support for projects such as solid waste management, and the problem of plastics and the pollution they generate.

The officials discussed the drinking water and wastewater systems, as well as the conditions under which those utilities operate in the country.

The World Bank representative in Dominican Republic, Alessandro Legrottaglie, also addressed the issue of dams and the irrigation system for national production, among others that could receive technical and financial assistance from the World Bank, through the resources allocated to projects in countries in development path of the region.

“The representatives of the World Bank also highlighted the economic growth exhibited by the Dominican Republic, whose average leadership in the region and the prospects of evolution, which they explained represents an opportunity to invest in the improvement and environmental preservation in the Dominican Republic,” Environment said in a statement.