Economists and businessmen are worried about debt pace of DR 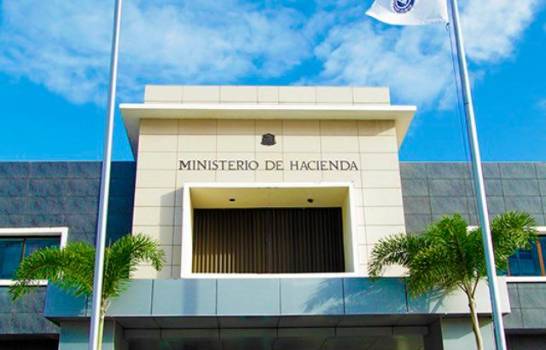 The General Directorate of Public Credit is a dependency of the Ministry of Finance.

The country’s consolidated public debt amounts to US $ 44,508.3 million

Economists Rafael Espinal and Antonio Ciriaco expressed concern about the pace of indebtedness that the Dominican Republic is carrying, which presents an increase of more US $ 5.6 billion in the last year, according to data on the consolidated public debt recorded by the Directorate General of Credit Public.

Likewise, the president of the National Council of Private Enterprise (CONEP), Pedro Brache, expressed concern about the trend that the country’s public debt has been having.

“The CONEP has always advocated that the country determine what its adequate levels of debt are. Entrepreneurs are concerned about its growth trend. We need to determine together as a country what is the limit that we must impose,” said Brache for Diario Libre. For Espinal, coordinator of the School of Economics of the Technological Institute of Santo Domingo (Intec), this pace of indebtedness is putting the country in a difficult financial situation for the next two years.

While Ciriaco, vice-dean of the School of Economics of the Autonomous University of Santo Domingo (UASD) considered that to the extent that the fiscal pact is postponed, there will always be the problem of the trend. He also said that while the authorities are presenting deficit budgets, debt financing would also have an important weight in the service of public debt. “What happens is that to the extent that the growth of GDP (Gross Domestic Product) is less than the growth of debt, you will have a debt / GDP ratio that will be much higher,” said Ciriaco, after referring that if the economy does not grow enough and if a fiscal pact is not made to increase revenues, then public finances would be pressured to pay the debt.

On the problem, Espinal also understands that the public debt has had an extraordinary growth that increasingly compromises the need for payment and forces a restructuring as the International Monetary Fund (IMF) says. “That creates a fiscal pressure on the Dominican Government, that the next government that results in 2020, or will have to approach the IMF to make a restructuring or will have to sit down to make a strong fiscal reform to provide greater income, because that pressure from sooner or later the debt can cause the country’s fiscal balance to collapse.”

The consolidated public debt, which includes that of the non-financial sector and that of the Central Bank of the Dominican Republic, up to June of this year represents 50.57 percent of the gross domestic product, according to data recorded in the General Directorate of Public Credit.