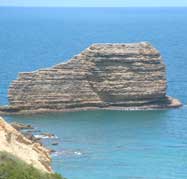 In a statement League president, Juan de Jesús Jorge Cabrera, said the delimitation of the marine borders is not only economic, but would avert many of the problems that Dominican fishermen often face.

“Dominican fishermen who are frequently detained and imprisoned in our territorial sea, is the product, precisely, of the lack of agreement that should regulate our qualification as an archipelago state,” Jorge said.

He cited ​​a Diario Libre report, “The Dominican dispute to expand its marine limits” which says that the country is already preparing to negotiate with the United States, Great Britain, Haiti and Holland, the marine limits that it claims based on its self-declaration of the Archipelago State, a category that it acquired through Law 66-07.