The economy of the DR remains leader in the region 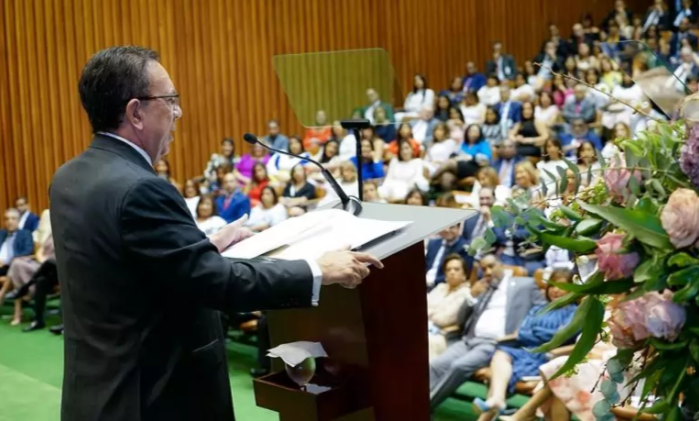 The governor of the Central Bank, Hector Valdez Albizu, delivered the speech in celebration of the 72nd anniversary of the institution.

The governor of the Central Bank of the Dominican Republic (BCRD), Héctor Valdez Albizu, said yesterday that Dominicans should be proud of the position as a leading economy in the region that maintains their country, despite the adverse environment it faces.

Those words were expressed after informing that in September 2019 the real economic activity registered an interannual growth of 5.1%, after having reached 4.8% in the month of August. Thus, during the first nine months of the year, the Gross Domestic Product (GDP) registered an interannual growth of 4.8%, the highest in Latin America and the Caribbean.

Valdez Albizu highlighted the positive effect that the expansionary monetary measures have had, making it possible to boost private credit in national currency, which has increased by RD $ 55,586.8 million since June to date. Of that amount, RD $ 25,197.6 million, equivalent to 73.3% of the total released, correspond to legal reserve resources, while RD $ 30,389.2 million come from funds available for loans from financial intermediation entities. In annual terms, credit to the private sector in the national currency has grown by around 11.0% to date.

There were many points that Valdez Albizu addressed, after the end of the Mass officiated by Monsignor Benito Ángeles, on the occasion of the 72nd anniversary of the creation of the Central Bank. He referred to the exchange rate, inflation, jobs, tourism, international reserves, and the international environment among others.

He guaranteed that stability in the foreign exchange market will be maintained in the country, despite the political uncertainty and the adverse international scenario. “I am aware that recent movements in the exchange market have generated apprehension in some sectors of society. But calm Bobby, calm. Those who know me know that I have an undeniable commitment to exchange rate stability and that these situations that are taking place, as a result of political uncertainty, will be confronted and resolved forcefully,” said Valdez Albizu. Those movements he referred to have placed the dollar at one for every 52 pesos. And sometimes a little more. “In the current year, despite the effects that the international scene and the domestic environment have had on the exchange market,

At every moment they ask me the devaluation rate, and I hear journalists and economic analysts … four points … That devaluation. Nothing, 4.9%, and do not take into account that tourism fell, the uncertainty that the world is experiencing and do not take into account that this internal uncertainty causes many people to tend to treasure and convert many pesos into dollars until the scrapping passes this one that has been formed,” said the governor, causing laughter among those present for the last word used.

He informed that – on October 18 – international reserves amount to US $ 7.7 billion, equivalent to 4.2 months of imports of goods and services, excluding free zones. “An unquestionable achievement is that the country has strengthened its position of international reserves without jeopardizing the relative stability of the exchange rate,” said Valdez Albizu.

A memorandum of understanding that comes

The room where Valdez Albizu offered the data was full of employees of the institution he runs. There were also members of the Monetary Board (JM), former governors of the BCRD and other guests. He took the opportunity to announce the strengthening of the coordination of policies between the Bank and the Ministry of Finance, through the approval by the JM of a memorandum of understanding between both institutions for the proposal to modify the Central Bank Recapitalization Law.

Activities that had the most extensive “flight”

The first nine months the most dynamic sectors were: Financial Services (8.8%), Construction (8.5%), Energy and Water (7.9%), Other Services Activities (6.9%), Transportation (5.2%), Real Estate Activities (5.0 %) and Agricultural (4.2%). Regarding the Hotels, Bars and Restaurants’ activity, despite the difficulties that tourism has gone through as a result of a negative media campaign in international media, it had a positive year-on-year increase of 1% in January-September.