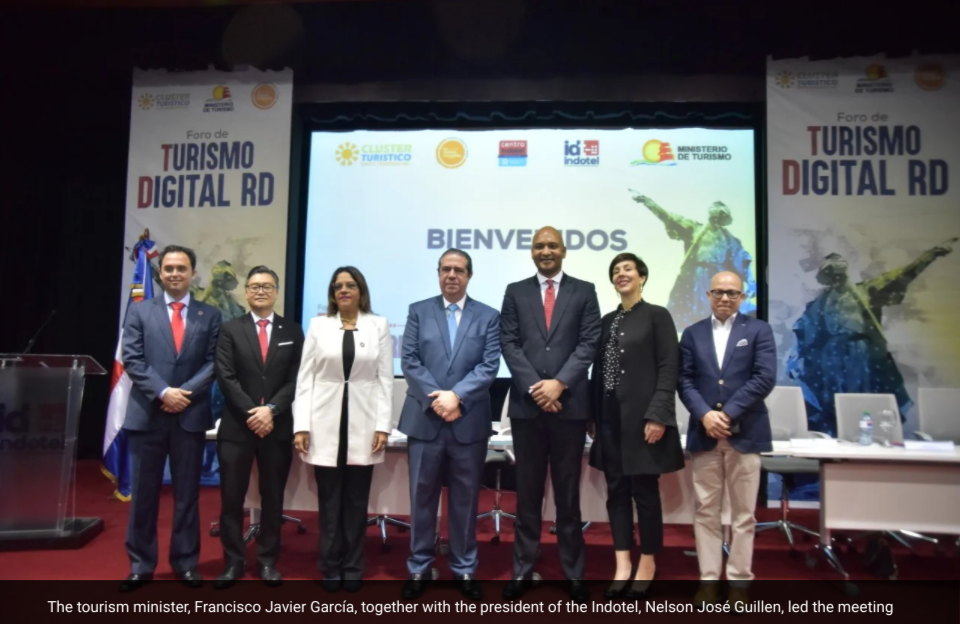 SANTO DOMINGO. The Minister of Tourism, Francisco Javier García, reported that economic activities in the Colonial City of Santo Domingo have grown after the execution of the first phase of intervention carried out by MITUR, causing a 96% increase in new business.

Likewise, Minister Garcia added that employment in this area increased by 29%, while international tourist visits grew by 62%.

These statements were offered by the official at the Digital Tourism Forum, with the theme “Colonial City,” First Intelligent Destination of the Dominican Republic, which was developed jointly with the Dominican Institute of Telecommunications (INDOTEL) and the Tourist Cluster of Santo Sunday.

The Minister of Tourism described this event as transcendental because it is about working the country’s first intelligent destination, accompanied by five pillars, technology, sustainability, innovation, governance, and accessibility.

“The concept of sustainability was first incorporated by the tourism industry and in the field of sustainable tourism there are three aspects; economic, environmental and social and in the Dominican Republic we incorporate the cultural,” said Garcia.

He also stated that Puerto Plata is ready to be the second smart tourist destination, as is Punta Cana.

Nelson José Guillén, president of INDOTEL, stressed that the incorporation of the Colonial City in the list of creative cities in the world is a great push for national tourism and must be concatenated with digitalization.

“In recent years we have seen how digitalization has become essential for tourism, consolidating itself as a useful tool, not only for visitors but also for hosts,” said Guillén.

This project aims to boost the development of new technologies in the country’s tourism sector.

The event was attended by Enrique Lancis, an expert on the subject and director of Tourism Innovation and Intelligence at Globaldit was in charge of the main presentation at the meeting.