No worker should earn less than the basic costs of living 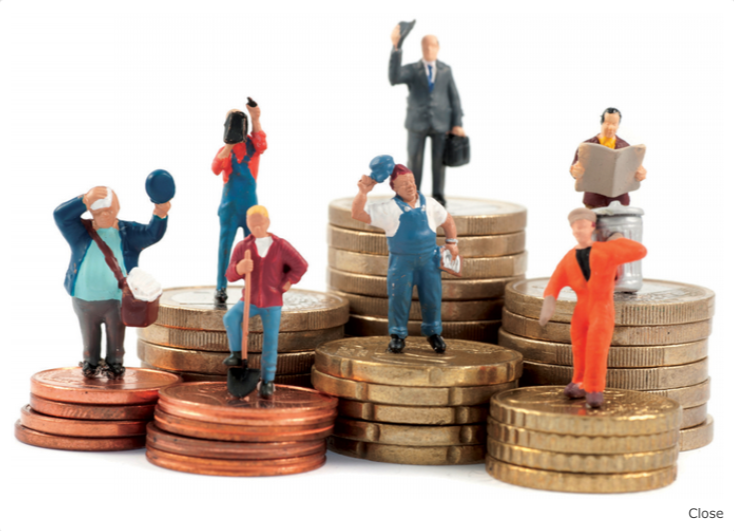 Recently a candidate for the Presidency of the Republic questioned the low salaries that most workers in the country perceive, and the issue, in truth, is nothing new. The majority of workers in the Dominican Republic depend on salaries that do not cover the family basket (basics), which on average, is around RD $ 25,000.

Every two years, the minimum wages in the country are adjusted, which total 17 different rates. However, economically thriving sectors and those receiving incentives from the State, such as free zone and tourism (Hotels, Bars, and Restaurants), pay salary minimums of RD $ 10,000 and RD $ 10,355.75/month, which fails to provide the essential basics of the poorest quintile. According to the Central Bank, as of September, this year, the basics for the most deprived quintile was estimated at RD $ 14,285.41/month.

According to the former labor minister, Washington González, in an ideal state, no worker should earn less than the basic basket of the first quintile costs. From this base, every year, automatic adjustments for inflation, validated by the Ministry of I work through the National Salary Committee (CNS).

Both the public and private sectors remain low wages. The unionist Rafael Pepe Abreu indicates that while the lowest average salary is around RD $ 9,000, the highest average salary is estimated at RD $ 230,000, which in his opinion reflects an imbalance in society and shows the inequality of economic growth.

According to a study prepared by the firm Analytica for the National Council of Private Enterprise (Conep), based on the latest National Labor Force Survey (2016), the average salary in small businesses is estimated at RD $ 11,262 for women and RD $ 13,240 for men, in medium-sized companies it is RD $ 16,781 for women and RD $ 16,127 for men, while in large companies, the average salary is RD $ 21,283 for men and RD $ 18,663 for women . Even though two salary revisions have occurred since this date, in which the minimum rates (28%) have increased, salaries have not achieved a general adjustment that allows them to recover their purchasing power or purchasing power,

The president of the Dominican Employers Confederation (Copardom), Juan Alfredo de la Cruz, said that minimum wages respond to the conditions of each country and its labor market. Additionally, they affect the supply and demand of labor, unemployment and underemployment, informality, migration, productivity, education, training, social costs, and burdens.

Salaries must meet needs and well-being

The executive vice president of the National Council of Private Enterprise (Conep), César Dargam, indicated that the business sector also aims to provide better working conditions for its employees and that they receive the appropriate remuneration for their development.

He explained that during campaign times, there are many promises made, but that it would be interesting to hear the proposals of candidates around informality, the future of work, and about the additional costs and burdens generated beyond salary and that detract from competitiveness the companies.

He stressed that the ideal salary should be the one that allows meeting the needs and emotional well-being. It must be consistent with the preparation and responsibilities assumed. However, he noted that the composition of the labor market is very varied.

“There are segments whose income should see review, but society must ask how to reduce informality in the market,” he added.

For the president of the National Confederation of Trade Union Unity (CNUS), Rafael-Pepe-Abreu, the ideal wage should be around RD $ 30,000/month.

“No salary of what the workers earn mostly reaches until the end of the month, that salary managed in moderation in 15 days is exhausted,” explains Abreu, who points out that if the union sector demands that level of increase, employers claim that companies I could go bankrupt.

The union leader points out that as a result of the economic crisis that the country experienced in 2003, wages fell by 27% and that to recover, it must be systematically increased by at least 15%, “not only to the minimum each year.”

He argues that companies require a reclassification to achieve lower wages, but that they should think that low wages not only perpetuate the poverty of workers but also condemn them to live an old age without resources that guarantee their minimum needs.