American company to explore for and exploit oil, gas 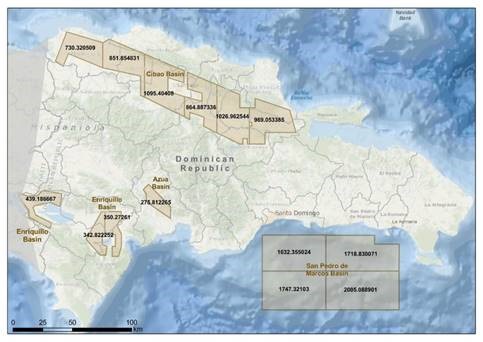 Santo Domingo.- The Ministry of Energy and Mines (MEM) awarded Apache Dominican Republic Corporation, a subsidiary of the US Apache Corporation, an offshore block in the San Pedro de Macorís basin for exploration and exploitation of oil and gas.

The award was delivered at the country’s first auction to develop the hydrocarbon industry.

Apache Corporation is an oil and gas exploration and production company with operations in the United States, Egypt and the United Kingdom, which in the third quarter of 2019 reported a daily production of 451,000 barrels of oil equivalent (BOE).

It was founded in 1954 in Minneapolis, Minnesota, by Truman Anderson, Raymond Plank and Charles Arnao.

The block awarded to its Dominican subsidiary is SP2 and now the corresponding contract must be signed, ensuring 1,000 work units during the First Exploration Period.