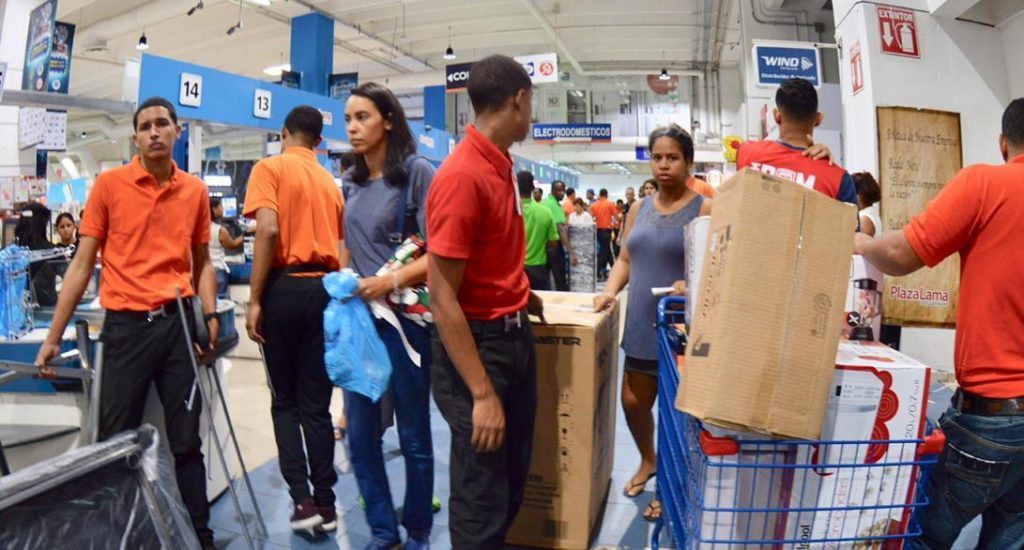 Santo Domingo.- Tens of thousands of people flocked to the capital’s numerous shopping centers early today to look for bargains on Black Friday, a US tradition which has been embraced by Dominicans since several years ago.

Jumbo, Plaza Lama, Sambil, Sirena and Corripio are just a few of the major stores that opened early to receive the throng of customers who came to buy items, especially appliances.

“I arrived at six in the morning to see if I could buy something at a good price, but I am still looking at these television sets to try to buy one,” María Encarnacion told El Nacional.