Medina seeks to cut 25% of pollutant emissions before 2030 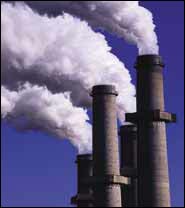 Santo Domingo.- President Danilo Medina, said Monday, at the UN Conference on Climate Change, that the nation seeks to cut 25% of pollutant emissions before 2030, based on data recorded in 2010.

“We are making progress with our own funds and with the support of the Inter-American Development Bank (IDB), in the reforestation of more than 48,000 hectares that will allow the recovery of river basins,” he said in a speech.

Medina stressed that the Caribbean is 10 times more vulnerable than the rest of the world to receive the effects of climate change due to tropical phenomena that affect the region.

He also said that such phenomena cause a loss of 2.6% of GDP.