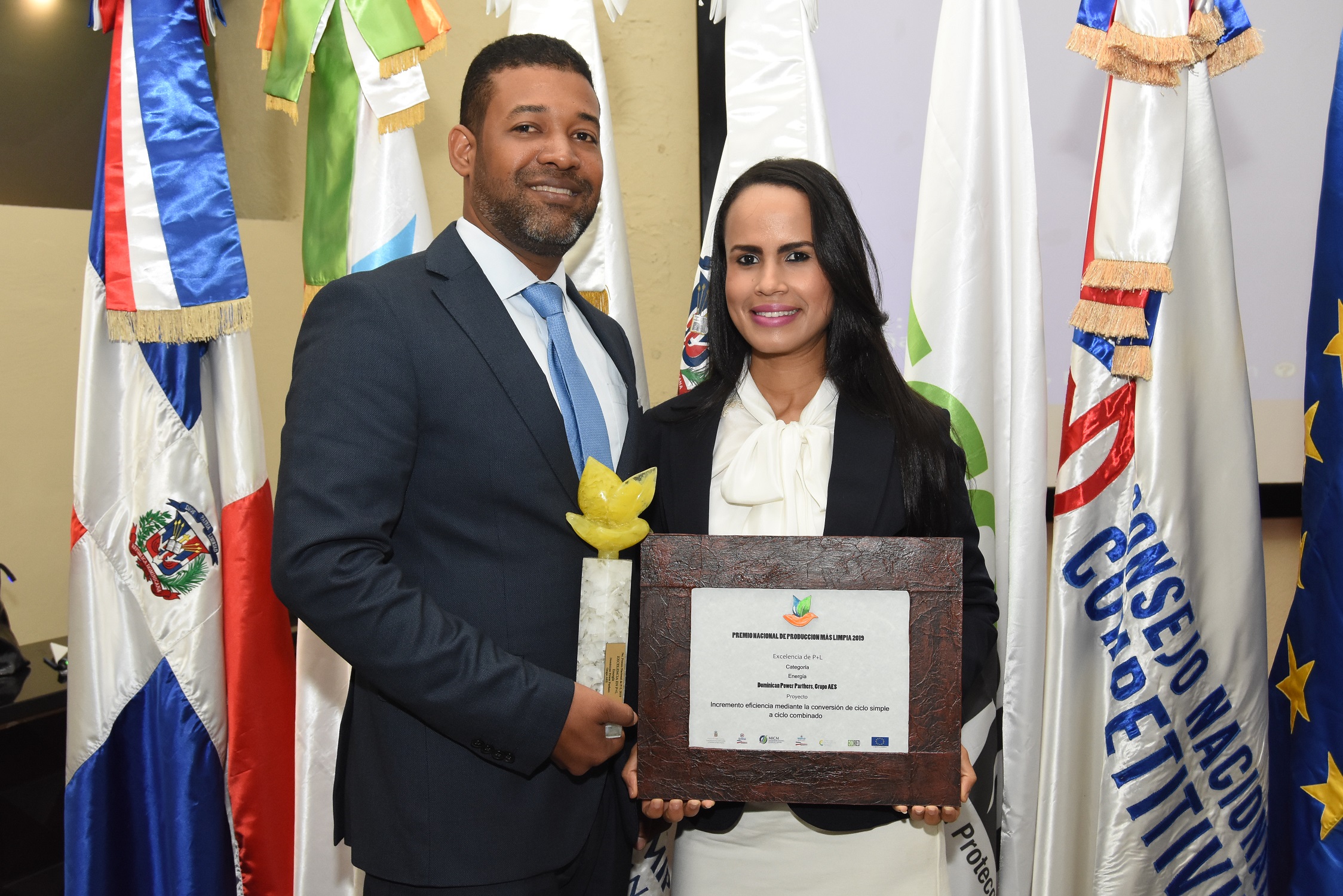 The prize was received Fri. by Galileo Portorreal and Karina Uzrad, representing the Dominican Power Partners (DPP), of the AES Dominicana Group, which operates the Los Mina Energy Park in Santo Domingo Este.

The Combined Cycle of AES consists in the use of the combustion gases of two natural gas turbines, through two heat recovery boilers, to increase the installed capacity in the aforementioned park by 114 MW net, raising it to 324 MW.

The investment in this new generation technology, of US$260 million, “has not only contributed to the diversification of the electricity production matrix in the Dominican Republic, but has also reduced carbon dioxide emissions by 300,000 tons per year. Similarly, this Combined Cycle Conversion project represents an improvement in the total energy efficiency of the plant up to 30%, which also means saving foreign currency by reducing the cost of fuel used to generate the combined cycle power plant.”

“In the context of its strategic plan, AES Dominicana recently broke ground -in an activity headed by President Danilo Medina – for the construction in Matanzas of the AES Bayasol solar park, with 145,000 panels at a cos of around US$60 million, to produce 58 MW of clean energy