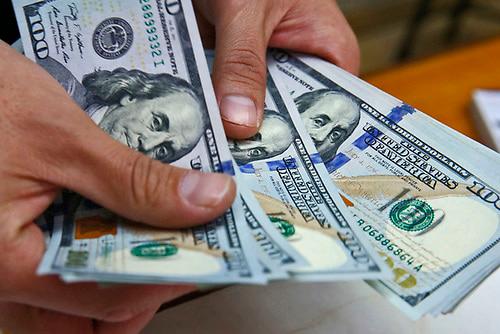 Between the estimated by the Government and the current rate the difference is only 0.6 Dominican cents (EXTERNAL SOURCE)

The dollar is of vital importance for the Dominican economy since imports of products and raw materials are mainly made with this currency, impacting their local prices.

Since last December, the exchange rate of the US currency registered a constant increase, at the end of 2019 at RD $ 52.96 per dollar, according to the official rate, published by the Central Bank.

The foreign currency was quoted during the first five days of last December at RD $ 52.88 per dollar, following its upward trend throughout the month, closing the year at a rate of RD $ 52.96, which has been maintained during the first three days of 2020.

For this year the Government estimated that the average exchange rate of the dollar will be RD $ 53.56, an estimated depreciation of 4.5%, according to the Budget Law that will apply for the year 2020.

As estimated by the Government and the current rate of the dollar, during this year it is expected that the currency will only rise 0.6 Dominican cents.

Last September the Central Bank had to intervene in the exchange market, with the injection of more than US $ 100 million, a month in which the exchange rate went from RD $ 51.32 to RD $ 52.40.

During 2019 the average sales rate of the US currency was RD $ 51.30, according to the figures of the monetary institution.