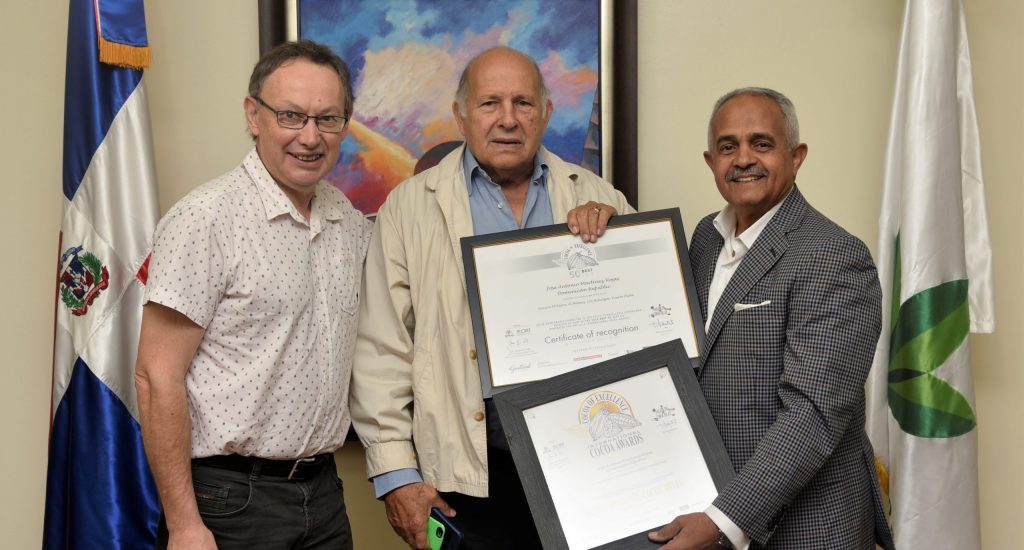 Santo Domingo.- Of some 600 varieties from 98 cocoa-producing countries, Dominican Republic’s was chosen among the top five in the world during an international competition held at the Chocolate Salon in Paris.

With the product Bar de la Hispaniola, name given to the award-winning bar and made with organic cocoa beans, defeating several global companies such as Akesson of England, Amedei of Italy and Michel Cluizel of France.

Agriculture minister, Osmar Benítez on Monday met with a delegation of representatives of Berton Chocolates, headed by Jean Claude Berton, who delivered two scrolls that bestow on the Dominican Republic the awards: quality worldwide and another for Latin America.