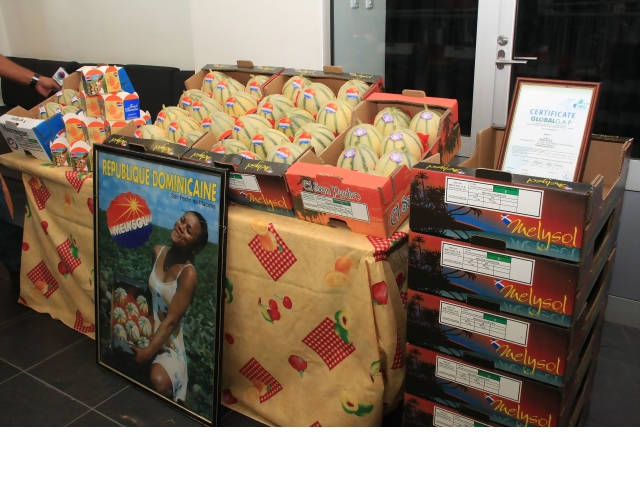 The company Empacadora Tierra Tropical, established in the area prepares around 1,200 boxes, of 40 pounds each, which are dispatched every two days in a container to Santo Domingo and Puerto Plata and then transported to the international market.

The projection is to increase the export of jalapeño peppers, cucumbers, zucchini, melon, watermelon, okra, among others, of great international demand, according to a press release.

“This activity generates more than 75 jobs, boosting the economy of the area and improving the living conditions of the families affected by the flooded Lake Enriquillo,” said Dominican Agrarian Institute (IAD) director Emilio Toribio Olivo.