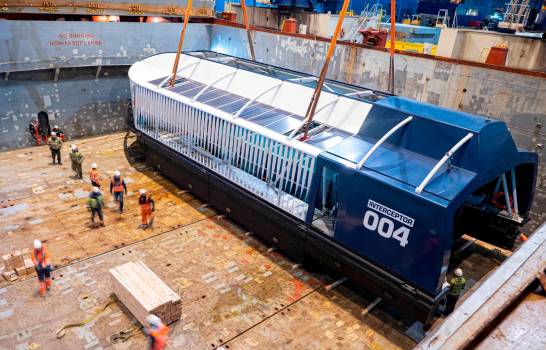 Santo Domingo.- The Interceptor 004, a vessel that will gather plastics o the Ozama River and prevent them from reaching the Caribbean Sea, has already set sail for the Dominican Republic from Rotterdam port in the Netherlands.

The NGO Countries Under The Ocean Cleanup, which donated the vessel, tweeted the announcement. “Last night in Rotterdam, we said our final goodbyes to Interceptor 004, which is now on its way to clean the waters of the Dominican Republic.”

“It’s one of only four boats that exist in the world, with cutting-edge technology to intercept the plastics in the rivers. It will be located on the Ozama and will prevent trash from reaching the Caribbean Sea. The Dominican Navy will operate it,” presidency chief of staff Gustavo Montalvo said in January.