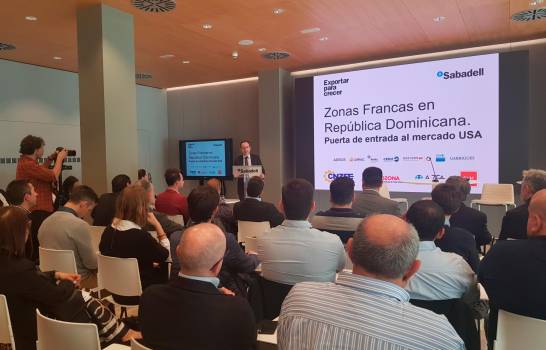 Santo Domingo.- Spanish business leaders are increasingly interested in investing in the Dominican Republic, after getting to know the country’s favorable points for production and trade, judging by the conclusions of three forums held last week in Madrid, Barcelona and Valencia.

“I have seen that there is an interest and some companies that did not know the favorable points, they now know them both here (Valencia) and in Madrid and in Barcelona. The most interesting fiscal aspects were explained and, therefore, I understand that from there the Dominican Republic will be within the focus of these companies,” said Banco Sabadell international director Carlos Dalmau Llorens.

“The expectations of public participation have been perfectly met. We had thought of hosting in the end 250 quality companies that were interested in investing in the Dominican Republic and in the end we succeeded,” Dalmau said.