The engine of the Dominican economy, tourism, threatened by the coronavirus 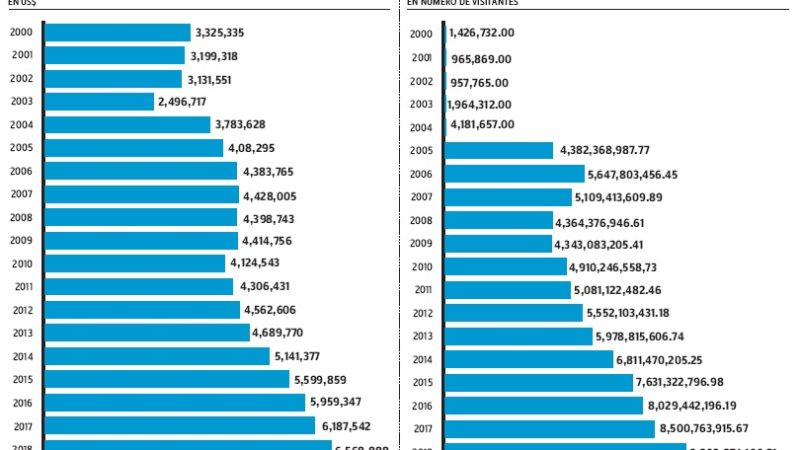 For two consecutive years, the engine of the Dominican economy, tourism, is going through an uncomfortable situation: in 2019 due to the death of tourists in hotels, due to health conditions subsequently proven, and in 2020 due to the presence of the coronavirus, a pandemic that threatens with collapsing large economies.

The specific weight of this sector is represented by the tax revenues that the Government receives, and the direct and indirect jobs that this activity generates. The growth of both indicators has been exponential over the course of 40 years.

In 1980, for example, the Government received US $ 172.6 million for tourist activities, and 20,388 jobs were created. The hotel offer was 5,394 rooms, and the occupancy rate of 58%, according to Central Bank statistics.

In 2019, income for that line reached US $ 11 billion, and jobs exceeded 300,000. That year it closed with 82,000 rooms available, and an occupancy rate of 74%, despite the ravages caused by the death of ten tourists, most of them North Americans, due to different conditions verified at autopsy.

The emergence of the coronavirus again puts the country at a crossroads, because the spread of the disease, which has already caused more than 3,000 deaths, has closed in on global tourism.

Countries such as Spain and Italy, which are important emitters of tourists, have been declared in a state of emergency due to the spread of the disease, as has the United States, the main emitter of visitors to the Dominican Republic.

Although in January of this year the spread of the disease was just beginning in Wuhan, China, where it first appeared, the arrival of tourists to the country registered a decrease in relation to 2019.
According to data from the Hotel and Tourism Association of the Dominican Republic (Asonahores), in January 404,152 tourists arrived, and in the same period of 2019, 522,632.

Tourism protection? The Administrative Minister of the Presidency, José Ramón Peralta, admitted that facing the risks of contagion from the coronavirus, the tourism sector would be the most affected.
“We have a weakness, this is a disease that has not been generated in the country that until now has not spread, but we have an enormous risk, because this country, its main economic activity is tourism.”

So far, the Dominican health authorities have only detected six cases, of which four are foreign tourists who had stayed in hotels in the eastern region.