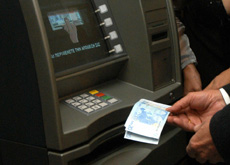 It said that under those guidelines, banks have aligned their more than 33,000 employees to, with the support of their technological base, the network of more than 960 branches and 2,860 ATMs nationwide, guarantee the continuity of services “and thus continue to effectively accompany the dynamics of the economy and the financial needs of individuals and companies.”

“The financial intermediation entities of the multiple banking sector have adopted preventive measures consisting of displaying information in highly visible places in branches and offices; frequent cleaning and disinfection of workspaces and customer service; action protocol for handling contagion cases mitigating risks to third parties and teleworking plan or from the home of specific areas of the banks,” the ABA said in a statement.