In the face of the coronavirus crisis, APROLECHE warns that the milk market may collapse 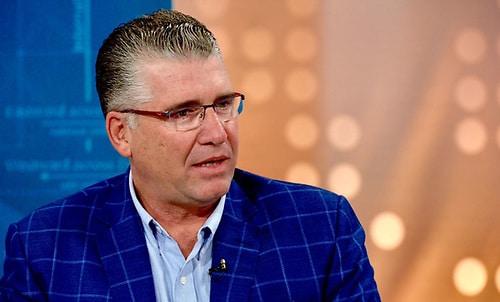 Photo : External source / Eric Rivero says the trigger has been the closure of the cheese factories, motivated by other closings, such as hotels, restaurants, cafes and inns.

SANTO DOMINGO.-The Dominican Association of Milk Producers (APROLECHE) warned that the effects of the health crisis due to the expansion of the Coronavirus have decreased the demand for fresh milk by at least 50 percent, mainly due to the closure of the companies cheesemakers.

He added that the cheesemakers, who have stopped buying more than a million liters of milk daily, depend in turn on sales and/or consumption that are registered in establishments such as hotels, cafes, inns, restaurants, and supermarkets.

Eric Rivero, president of Aproleche, explained that he has received complaints from all the provinces of the country in which the abandonment of milk by producers is being registered, “because processors cannot industrialize it, and because the State has not included UHT milk and cheeses in purchases of the Social Plan of the Presidency.”

Rivero, also president of the National Confederation of Agricultural Producers (Confenagro), said that “this situation is very worrying, because milk is a perishable product, which cannot be stored fresh, and must be processed within a few hours after milking, therefore, producers could go bankrupt. “

The president of Aproleche recalled that developed countries are the most affected by this world crisis, so they will not be able to offer subsidized imports, which, he stated, implies that the Dominican Republic will survive on national production while pointing out that it is essential that the State and its authorities understand this situation

He warned that before the closure of the national livestock “we would be threatening not only the 58 thousand cattle families, in an activity that generates more than 12 billion pesos a year, but also that the country’s food security is at risk since that imports will not be available in international markets, due to the world crisis.”

He considered that it is vital to face the food crisis that is looming in the country because once the virus is overcome, it can be more traumatic than this, so he asks the Government to execute a plan that contains three main actions.

He indicated that these would be, first of all, to execute an ambitious plan to purchase at least 10 million liters of UHT milk with purchase contracts from the processing plants, through the Social Plan of the Presidency, to distribute them to poor families, with the one condition that they acquire the surplus milk production.

Also, a special line of credit must be executed through Banco Agrícola to capitalize on the country’s dairies that need it. “And finally, imports of powdered milk and cheeses should be temporarily prohibited, because they would cause the total bankruptcy of livestock activity,” he said.