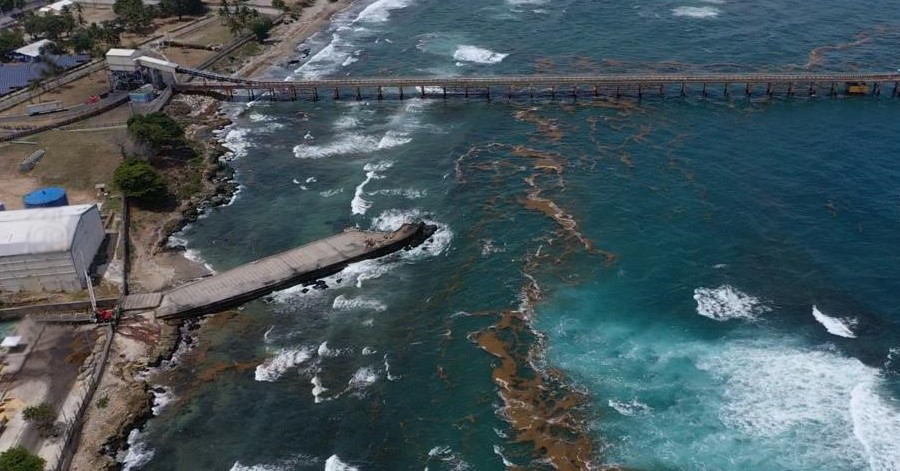 Santo Domingo.- The Itabo power plant, which supplies 238MW to the National Grid (SENI) are being affected again by the massive appearance of Sargasso seaweed that invades the Dominican coasts.

“The channels for the passage of cooling water to the turbines are visible impacted despite the mitigation works that have been built, including a sargassum remover that operated a few years ago, AES Dominican Republic said in a statement.

It said that support personnel, dive teams and machinery are currently in a cleaning processes of the coastal perimeter near the power plant with the purpose of reducing the impact of sargassum.

“Itabo I and II are currently limited (with oscillations on average) to 94 and 95 MW, respectively.”