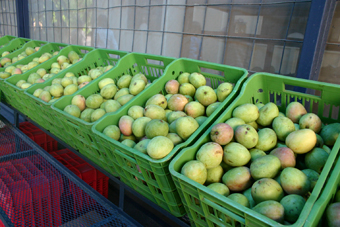 Baní, Dominican Republic.- Just when the quarantine was imposed throughout the country last March, due to the pandemic, the mango harvest in Baní (south) was beginning, which has caused millions in losses and the reduction of a workforce that has left hundreds of families without a daily sustenance this season.

The beginning of the harvest, as every year, for the months of April and March, has coincided with the highest curve of the Covid-19, which has caused a series of inconveniences that, according to mango producers.

They cite, among the main obstacles, the total suspension of flights to the European continent and the United States, causing a considerable drop in the demand for this tropical fruit in the months of March and April and what corresponds to May. Neither have they been able to start shipments to Europe, as established, which implies another closed market.