Coronavirus crisis caused the loss of at least 473,000 formal jobs in April in the DR 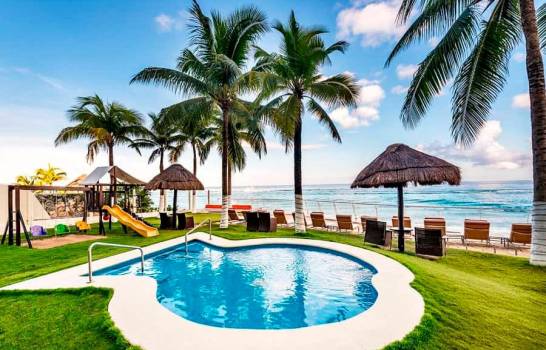 Area of ​​a hotel in the Dominican Republic, one of the sectors with the greatest impact due to COVID-19. (EXTERNAL SOURCE)

Foreign Minister Miguel Vargas said Wednesday that during April in the country 473,000 formal jobs were lost, customs revenues decreased by 39% and exports declined by 27% as a result of the COVID-19 pandemic.

The official provided these figures during a videoconference meeting with his counterparts in Latin America and the Caribbean, convened by the German Foreign Minister, Heiko Maas, with the aim of seeking ways of cooperation in the common fight against the coronavirus.

The impact of the pandemic for the Dominican tourism industry, which directly represents 8% of GDP, “is incalculable,” with a decrease of 600,000 tourists compared to April of the previous year, while around 90% of direct jobs of the sector are currently suspended.

“Considering that the industry is supplied by 45% from local suppliers, we are talking about more than 700,000 affected jobs; that is to say, 16% of the country’s workforce,” pointed out the chancellor.

Given the panorama that is presented in the country and in the region, Vargas stated in the virtual meeting that the countries of Latin America and the Caribbean should work collectively and focus on mitigating the socioeconomic crisis, the increase in poverty and the food insecurity that the coronavirus pandemic will leave.

“We are facing a multifaceted crisis. The necessary measures implemented to deal with the COVID-19 pandemic have necessarily given way to a profound economic and social crisis,” said the Dominican diplomat at the meeting, in which the executive secretary of the Economic Commission for America also participated. Latina and the Caribbean (Cepal), Alicia Bárcena.

Likewise, Vargas proposed that the region work “in the design of the best strategies to reopen the economies of the region,” and warned that the most affected countries will be those with medium incomes, which have little fiscal margin to reconcile the increase in spending and the decrease in economic income.

These nations will not be able to make the public investments necessary to achieve the Sustainable Development Goals (SDGs), for which reason the foreign minister said that, to counteract this perspective, “exceptional access to soft financing will be required under favorable conditions for income countries. means, and extensive debt restructuring,” he said.

After analyzing the economic and social consequences of the pandemic, the virtual meeting concluded with a “Joint Declaration of the Ministers of Foreign Affairs of the Countries of Latin America and the Caribbean and of Germany.”

In the document, the diplomats indicated that the united fight against the pandemic and the mitigation of its socioeconomic consequences are the highest priority of the common initiative of the countries participating in the virtual meeting.

They also recognized that they will provide access to treatment and a vaccine against COVID-19 for all people when available.

Foreign ministers also pledged to advocate for sustainable approaches within international organizations, such as the International Monetary Fund (IMF), noting that “debt restructuring measures should be addressed as appropriate.”

In accordance with the provisions of the joint declaration, during its next presidency of the Council of the European Union, Germany will advocate that these objectives be met within the framework of the intensification of relations with Latin America and the Caribbean.

In late May, the World Health Organization (WHO) identified Latin America as the new epicenter of the pandemic.