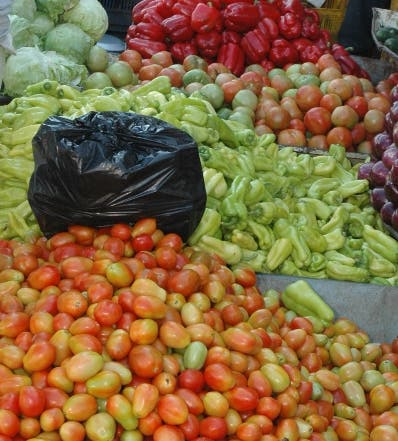 SANTO DOMINGO.-Even though sellers of agricultural products claim that their merchandise is being damaged by overproduction associated with products that were destined for export, food in the basic basket has increased between 20 and 100 pesos in recent weeks.

An example of this is that the pound of chicken that cost between 40 and 42 pesos is currently between 60 and 70 pesos, the pound of garlic went from 100 pesos to 200, while the yautía, which cost 20 pesos, is currently in 50. “You buy vegetables, such as cabbage lettuce, cabbage and chili peppers that currently cost twice as much,” said Juan Hernández, president of the Merchants Association.

He explained that the pound of kidney beans went from costing between 30 and 35 to 55 pesos, while the can of Crisol jumbo oil, as it is known by merchants, rose from 475 to 700 pesos.

He stressed that not only the cost of food affects them, but also the damage to produce from overproduction and abundance caused by the tourist drought.

In this sense, the administrator of the Dominican Markets for Agricultural Supply, Claudio Jiménez, confirmed that there is an oversupply due to excess products.