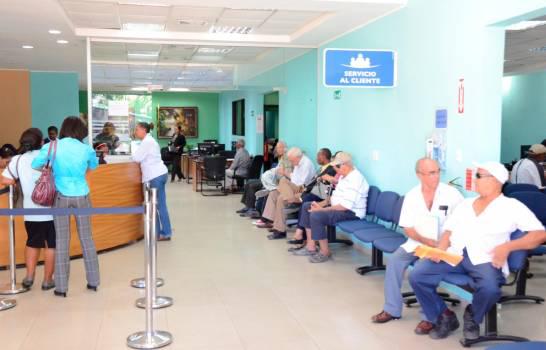 ADAFP: The Dominican Social Security System is one of the main achievements of contemporary Dominican society. (PHOTO: FILE)

The Dominican Association of Pension Fund Administrators (ADAFP) said on Monday that the improvement of the Dominican Social Security System will only be possible through a process of joint reflection by the sectors involved, in a dialogue of goodwill, over and above individual interests. and conjunctures.

He understands that after the presidential and congressional elections of next July 5 and out of the immediacy that marks the electoral period, “the ADAFP endorses the commitment of this event, with the hope and confidence that good faith and commitment will prevail of the parties to improve the quality of life of Dominican workers and contribute to the economic stability of the country.”

These statements were issued after last Friday, June 12, the Chamber of Deputies approved at first reading the bill that proposes to deliver 30% of pension funds to workers.

Faced with this panorama, the ADAFP reiterated its rejection of said project and calls for reflection and good sense to all sectors of national life.

According to the document delivered to Diario Libre, some of the main negative effects of moving forward with this bill that is in the National Congress are:

The pension funds were created in order to guarantee a quality retirement to the affiliated workers. Therefore, the advance of 30% of these funds the workers would be assuming with their own savings the cost of the economic crisis caused by the COVID-19, “when that is a duty of the State, for which it made an issue of sovereign bonds denominated COVID-19 for RD $ 40 billion.”

Through the document, ADAFP also indicates that due to the negative impact it would have on the economy, making prices more expensive and weakening the local currency, the value of the workers’ pension would decrease twice: first, by withdrawing part of the savings obtained to date and, in addition, due to the implications that the operation would have on the patrimonial value of the funds, placing them in a precarious situation in the future.

They highlight that as the Governor of the Central Bank points out, the modification of Law 87-01 would have perverse consequences on the most vulnerable sectors of society, as well as for stability and economic growth.

Also, it would disproportionately increase the monetary issue by more than 64% with respect to the current level, which would cause high inflation rates, greater pressure and slippage of the exchange rate, increase in interest rates, and reduce the purchasing power of individuals, in particular of lower-income households.

It indicates that these negative consequences have also been warned by the Ministry of Finance, the Superintendency of Pensions (SIPEN), the National Council of Private Enterprise (CONEP), the Association of Industries of the Dominican Republic (AIRD), the Institutional Foundation and Justice (Finjus), unions, the majority political parties, and experts in economy and pensions in the DR and abroad.

In its statement, the ADAFP explains that, as it has been conceived, “the bill is unfeasible for multiple reasons.” These range from the logistics that require the delivery of more than RD $ 175 billion to workers within ten days, to the management of these funds, impossible to achieve through the sale of securities to the Central Bank or commercial banks, due to the amount of the same, to which is added the adverse effect on the national economy.

He warns that in the event that these are sold in the international market, it should be noted that at the present time they would have to be sold well below their value, resulting in an onerous operation for the workers.

“Given the obvious infeasibility of this bill, it is not prudent to feed expectations that may create frustration and social tension in a segment of the population,” the document cites.

He adds that the Dominican Social Security System is one of the main achievements of contemporary Dominican society. “Its creation was possible thanks to the tripartite dialogue between workers, employers, and the State.”