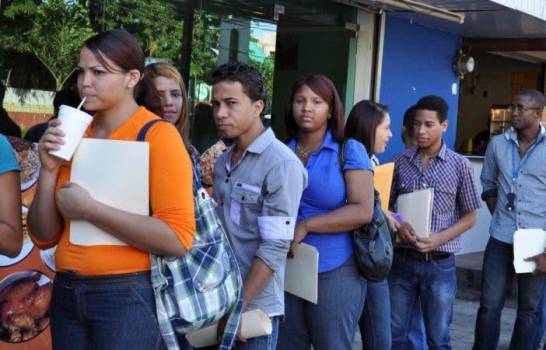 Between March and last May, 532,342 workers were suspended or canceled. External source

Workers whose wages do not exceed RD $ 15,000 per month (US $258/mo) have been the most affected by the coronavirus pandemic that has changed the country since the beginning of March and forced the closure of non-essential companies and industries until mid-May.

Between March and May, the number of active employees who were contributing to the Social Security Treasury (TSS) fell from 2,250,140 to 1,717,798, a net reduction of 532,342 people suspended or canceled from their positions, equivalent to a 23.6% drop.

In the last three months, 258,564 workers with salaries between RD $ 10,001 and RD $ 15,000 stopped contributing to the Treasury, representing 48.5% of the workers who during that period were removed from their positions.

Likewise, employees who earned less than RD $ 10,000 have also been affected, although to a lesser extent. Workers in this salary range affected by the crisis total 7,963, just 1.4% of the total.

Meanwhile, the companies suspended or canceled 140,306 workers who earned wages from RD $ 15,001 to RD $ 20,000, representing the second segment most affected by the effects of the pandemic.

People who earned a salary within the referred range went from 423,420 in March to 283,114 last month, representing 26.3% of the total number of workers who stopped contributing during that period.

Employees with a salary higher than RD $ 20,001 who stopped contributing between March and May totaled 125,509, equivalent to 23.5% of those affected, according to Treasury statistics.