The Canadian economy grew 4.5% in May after two months of sharp decline 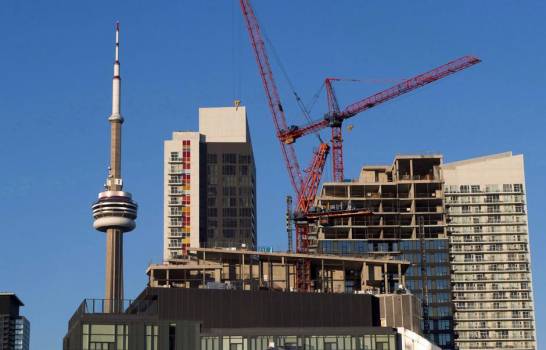 The construction sector grew 17.6% with the resumption of economic activities in much of the country in May. External source

The Canadian economy grew 4.5% in May, after two months of “unprecedented declines” as a result of measures against COVID-19 and which may have caused a 12% contraction of gross domestic product (GDP) in the second quarter, according to data released this Friday.

The government agency Statistics Canada (EC) explained that “preliminary information indicates an increase of approximately 5% in real GDP for June” and that this “points to an approximate 12% drop in real GDP in the second quarter of 2020.”

The Bank of Canada estimates that the contraction in the Canadian economy caused by COVID-19 could reach 14.6% in the second quarter and 7.8% for the year as a whole.

EC will release the official figures for June and the second quarter on August 28.

Regarding the May figures, although the economy grew 4.5%, EC highlighted that “economic activity continued to be 15% below the levels prior to the February pandemic.” Still, the figure was one percentage point better than analysts expected.

The construction sector grew 17.6% in May with the resumption of economic activities in much of the country in May, which is the largest monthly increase on record since this information began to be collected in 1961.

Retail trade increased 16.4%, also its largest monthly increase, while the manufacturing sector grew 7.4% after a 22.4% drop in April.

But despite growth in May, sectors such as arts and entertainment, management, and public administration contracted again during the month.

In contrast, Canada’s main trading partner, the United States, reported on Thursday that its GDP plummeted in the second quarter at an annual rate of 32.9% (9.5% compared to the previous quarter), as a result of the pandemic.

The Canadian government has submitted an economic response plan to COVID-19 worth CAD $ 325 billion (about US $ 242 billion), the equivalent of 14.1% of GDP. The plan includes financial and fiscal aid measures for individuals and companies.