The advantages of purchasing an electric car in the Dominican Republic 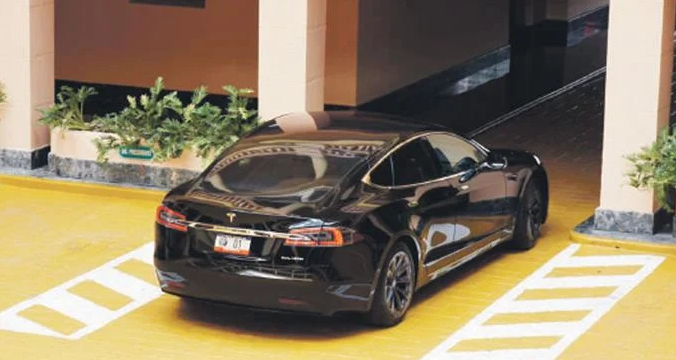 The Tesla vehicle used by President Luis Abinader costs US $ 60,000 less than the jeepetas used by other leaders. DAILY LISTIN FILE 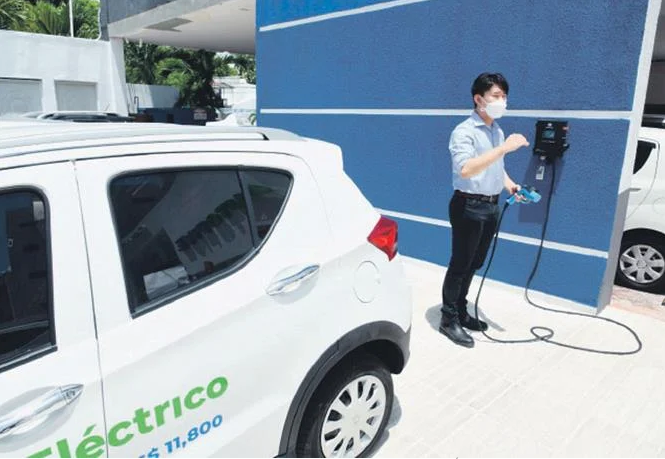 On the day of his swearing-in, President Luis Abinader surprised the Dominicans by arriving at the National Congress in a Tesla brand electric vehicle, signaling that one of his management’s priorities is the promotion of environmental sustainability.

Much has been said about this since last August 16, however, one of the advantages of vehicles with rechargeable batteries, that is, they do not need fossil fuels. They could also mean savings for the pocket of Dominicans.

These figures were given to this medium by the ESD Group, which saw in 2016 the potential that the country has so that within the next few years, it will become a nation in which more than 30% of mobility will be electric.

The savings enjoyed by electric cars is not only determined by fuels.  Another benefit is that they do not have to be maintained every three or four months by changing the oil, engine filter, among other expenses incurred by conventional vehicles.

According to a Deloitte study, in the period from January to October 2019, more than 293 electric vehicles were imported in the Dominican Republic, a notable growth compared to 2017 and 2018, where imports of this type were 30 71, respectively.

Deloitte’s study of the market for electric vehicles in the Dominican Republic, which was paid for by ESD Engineering & Services, presents the most imported brands of this type of car with the BEV mode, that is, 100% electric, in the period indicated above.

The ranking goes from the most imported to at least topping the list of the Nissan Leaf. Then follow Fiat 500, Hyundai Ioniq, Chevrolet Bolt EV, Tesla Model 3, Autiny M1, GLK-308, BMW i3, LVTONG, BYD Yuan EV360, and Smart Fortwo.

Of the plug-in hybrid cars, known as PHEV, which have a combustion engine and one or more electric motors, more brands were imported, such as BMW i3, Porsche Cayenne, Chevrolet Volt, Porsche Panamera, JAC IEV7, Toyota Prius Prime and JAC IEV6.

Deloitte’s research, promoted by the ESD Group, performs a cost of operations analysis of new electric vehicles. For example, the 2019 Nissan Leaf costs US $ 39,500, with an electricity rate of RD $ 11.1 for each charge in the home, an average range of 385 kilometers per hour, and an average consumption of 16-kilowatt hours per 100 kilometers. This same brand, but in a used electric car from 2016, costs $ 19,500.

The new 2020 Hyundai Ioniq SE is worth US $ 38,828, with RD $ 11.1 for each charge with the electricity rate if a charger is installed at home and has an average range of 274 kilometers per hour and an average consumption of 15.5-kilowatt-hours per 100 kilometers.

Banco Popular presented in October 2019 the “Make yourself eco” initiative, a loan package with a preference for the purchase of solar panels and hybrid and electric vehicles.

As of March 2020, the financial institution had loaned about RD $ 298.9 million for hybrid and electric vehicles for retail banking.

Also, Banco Popular, an entity with a photovoltaic charging station, allocated around RD $ 795 million for hybrid and electric vehicles for wholesale banking.

Charles Sánchez, the leading importer of electric vehicles in the country, highlights that thanks to Law 103-13 on Incentives for Electric Mobility in importing these cars, only 50% of tariffs, Itbis and first plate are paid.

Sánchez, who is president of Zero Emission RD, regrets that although the regulation was approved in 2013, it was not until 2018 when importers could make use of it, a benefit for companies such as hotels that use these electric cars for their operations.

The specialist considers that still in the country, people resist change— more so when they are technological changes, not realizing that all manufacturers already support electricity.