During a visit to Banreservas, the owners of Hard Rock Punta Cana report that they plan to develop a new project in the DR 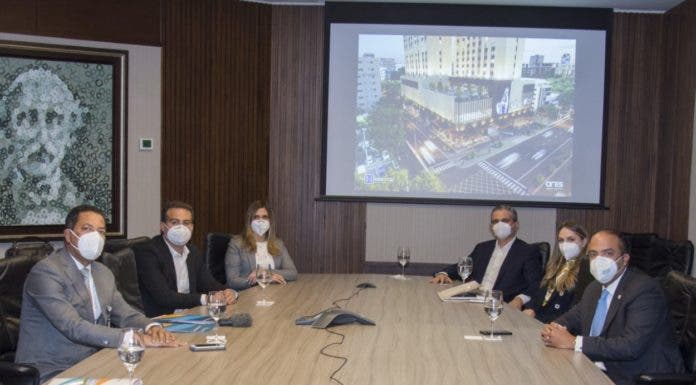 The general manager of the Reserve Bank, Samuel Pereyra Rojas, received the visit of several executives of the RCD Hotels Group

Santo Domingo. The general manager of the Reserve Bank, Samuel Pereyra Rojas, received the visit of several executives of the RCD Hotels Group, which plans to expand its investment in the Dominican Republic, with the Latitud 18 Santo Domingo hotel project, which will operate under the Limburg Investments company. SRL.

The Mexican company is a hotel industry leader, with luxury properties in different tourist destinations in the United States, Mexico, and the Dominican Republic, where there are more than 6,000 rooms.

These facilities have 1,800 rooms and have been operating in the country under the company Inversiones Zahena, SA, since 2009.

During the meeting held on the seventh floor of Torre Banreservas, hotel investors explained to Pereyra Rojas the details of their expansion plans in the country. During the meeting with Diana El-Hague, Michel El-Hague, Deyanira Khouri, and Rodrigo Chapur, the general manager was accompanied by several business executives of the Bank.

Grupo RCD Hotels has stood out in the market for the unique concepts that its hotels offer in terms of experiences and entertainment in their different locations. Its president is the hotel businessman of Mexican origin, Roberto Chapur Duarte.

The group’s portfolio includes luxury hotels such as Eden Roc Miami Beach, Florida, United States, which has 415 rooms, and Nobu Miami Beach, with 206 rooms. The 115-room Nobu Hotel Chicago recently opened. In total, there are 736 rooms in the United States.