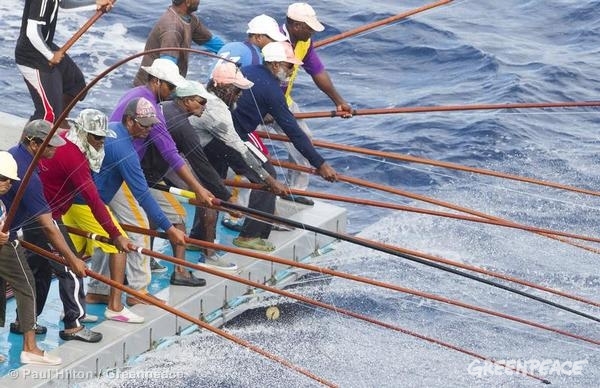 Santo Domingo.- The National Fishing Workers Federation, made up of 56 fishermen associations from the 17 fishing provinces of the Dominican Republic and more than 10,000 fishermen, ratified its support for the proposals for the sector by national director, Milton Olivo.

“We live with our backs to these resources, while other countries get rich by exploiting them, and that cannot continue. We are going to try to industrialize the extraction of marine products and that I hope in God is my legacy to transform the fishing sector and eradicate the misery of the coastal provinces of the country.”

“They say that life, work and effort always bear fruit,” said Olivo in a statement. He has been proposing to the country and the new authorities a plan to develop the fishing sector. He stressed that the production of the fishermen is safe and profitable.

“As established in the United Nations laws of the sea, the Dominican Republic is entitled from the coast, seven kilometers of sea, as territorial sea, then seven more kilometers as adjacent sea, and then 200 nautical miles, as the zone of economic exclusion, representing some 325,00 kilometers of sea, between the Atlantic Ocean and the Caribbean Sea, where the Caribbean country has the exclusive right to exploit the existing fisheries.”