Consumer prices rose 3.12% between January and August in Dominican Republic 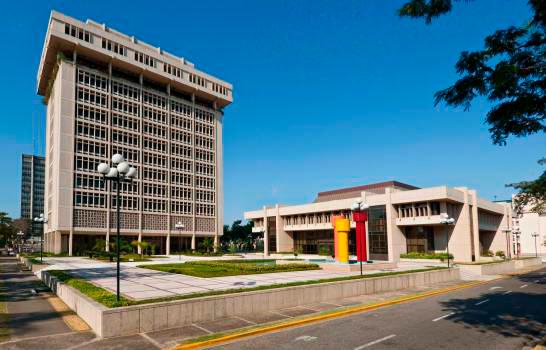 The Central Bank of the Dominican Republic (BCRD) reported that the consumer price index (CPI) registered a variation of 0.78% in August compared to July 2020, placing the accumulated inflation of the January-August period at 3.12 %.

With this result, the interannual inflation measured from August 2019 to August 2020, reached 4.80%, remaining within the target range established in the monetary program of 4.0% ± 1.0%.

The report released by the BCRD establishes that annualized core inflation was 4.24%. It should be noted that this indicator isolates the variations in the prices of some agricultural goods that tend to be volatile, as well as of alcoholic beverages, tobacco, fuels, and managed and transport services, thus allowing the extraction of more exact signals for the conduct of monetary policy.

The publication of the monetary institution explains that the groups with the highest contribution to inflation in August 2020 were Transportation (1.51%), Food and Non-Alcoholic Beverages (0.72%), and Housing (1.02%). To a lesser extent, the variations of the group’s Health (0.91%), Miscellaneous Goods and Services (0.63%), and Education (0.77%) had an impact.

Regarding fuel prices, which are adjusted weekly by the provision of the Ministry of Industry, Commerce and MSMEs (MICM) in compliance with Law 112-00 on Hydrocarbons, liquefied gas (LPG) for vehicles increased by 4.73 %, while the average price of gasoline, regular and Premium, in August remained practically unchanged compared to July, partially attenuating the behavior of the group.

The monetary entity’s monthly publication adds that the CPI of the Education group increased by 0.77%, below the typical behavior that occurs seasonally in this period due to school enrollment. Indeed, there were increases in the rates of primary education (2.52%), secondary (2.42%), and preschool (1.71%).

The low growth of this group in August 2020 responds to the fact that some private schools, institutes that teach language classes and universities, applied discounts in their fees for the change of modality of the program to virtual courses, as an official measure provided by the Ministry of Education for prevention against the spread of the coronavirus (COVID-19) in the country. In this sense, the cost of university education fell (0.78%).

The August CPI report highlights that the monthly inflation of tradable goods, those that can be exported and imported free of restrictions, was 1.24% in August.

While the CPI of non-tradable goods and services, those by their nature can only be traded within the economy that produces them or are subject to measures that limit their imports, grew 0.30%.

The analysis of the indices by geographical regions shows that inflation in the Ozama region, which comprises the National District and the Santo Domingo province, was 0.83%, in the North or Cibao region 0.80%, the East region 1.01%, and the South region 0.33%.

The less pronounced growth of the CPI in the South region is based on the fact that the Food and Non-Alcoholic Beverages group, the one with the most significant relative importance in the basket of this geographical area, registered a negative variation. The higher inflation in the East is due to the higher growth of the transportation service in that region.

The variation of the CPI by socioeconomic strata in August 2020 shows similar rates in the first four quintiles. Quintile 1, that is, the one with the lowest expenditure, grew 0.84%, 0.88% in quintile 2, 0.85% in quintile 3, and 0.82% in quintile 4, explained by the incidence of the Food and Non-Alcoholic Beverages group, which has greater relative importance in their baskets.

The behavior of quintile 5 (0.66%), the one with the highest spending, basically responds to the increase in airfare rates, which was partially attenuated by the reduced variation in fuel prices in August compared to July 2020.