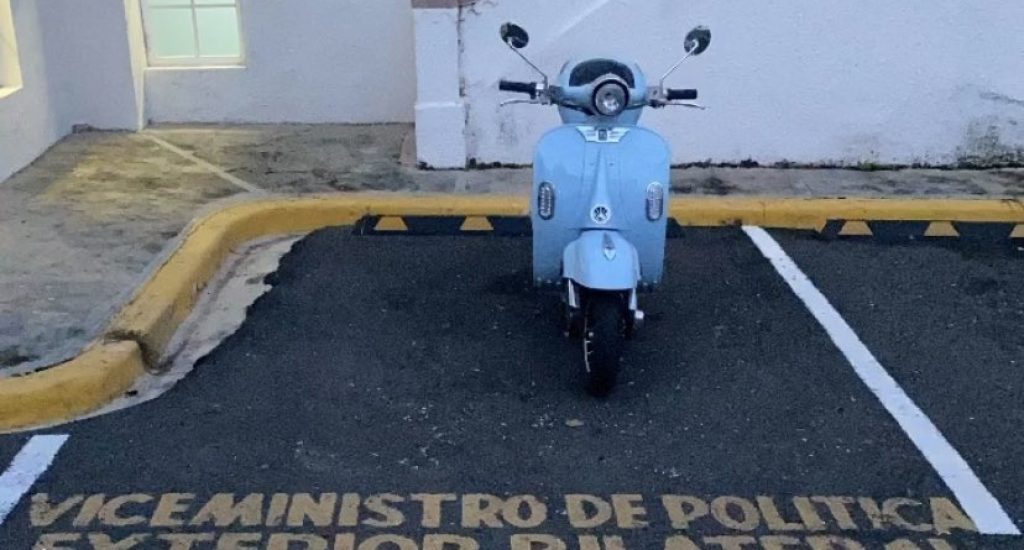 Santo Domingo.- Deputy Foreign Minister, José Julio Gómez, on Friday promoted through his social networks, the use of electric vehicles, as a way to combat climate change.

The official posted a photo of his electric scooter parked in his assigned space at the Ministry.

Along with the photo, Gómez wrote: “2 years ago I bought my electric motor in order to combat climate change.”

“Now the commitment is greater because electric mobility was assumed as a State policy. Our president Luis Abinader and our foreign minister Roberto Álvarez have stated this.”