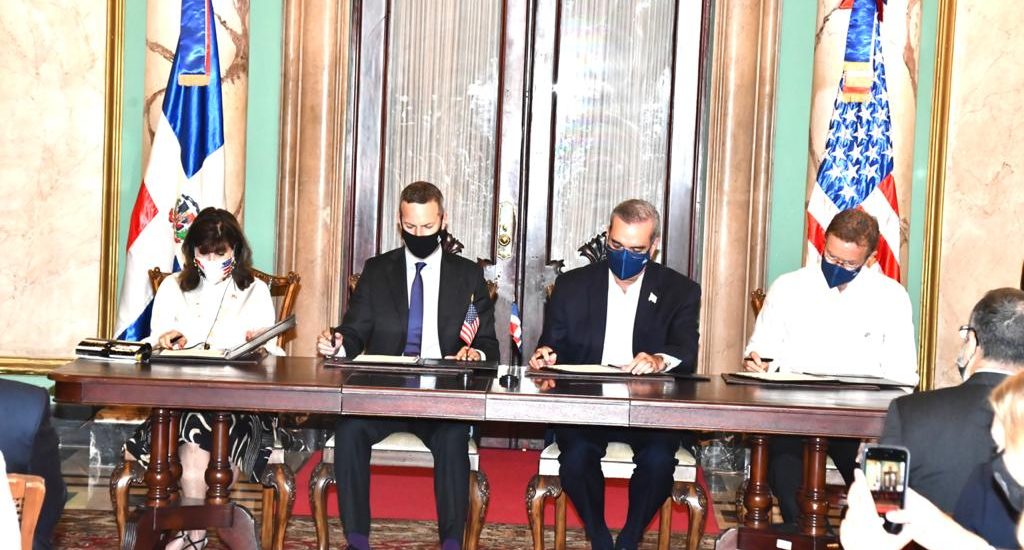 Santo Domingo.- The Dominican government on Thursday signed an agreement with the United States to access US$2.0 billion to finance energy, tourism and other infrastructure projects that will strengthen the main industries, create jobs and reactivate the national economy.

After signing the agreement the National Palace, Álvarez said the pact will promote the recovery of tourism and the economy that have been hit hard by the pandemic.

He labeled the agreement as “the most important instrument signed by both countries in the last three decades.”