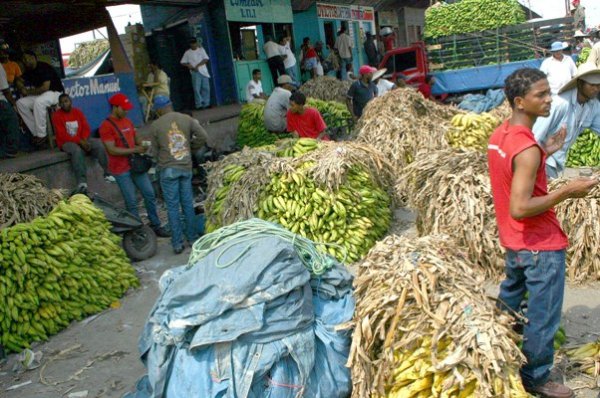 Santo Domingo.- Some grocery prices have jumped as high as 130%, according to Dominican Republic Provisions and Commerce Confederation (Confecomercio) president Gilberto Luna.

He said between June and October the price of plantains has gone from 15 pesos that cost in June to 35 pesos as of October, for an increase of 130%.

Likewise, eggs cost 5 pesos in June and went to seven pesos as of October, increasing by 40%; a liter of milk was marketed at 65 pesos and went to 75 pesos for a 15% increase; cooking oil per pound for 65 pesos and in October, went to 78 pesos, an increase of 20%.