FEDA announces it will convert Tamayo municipality into the banana capital 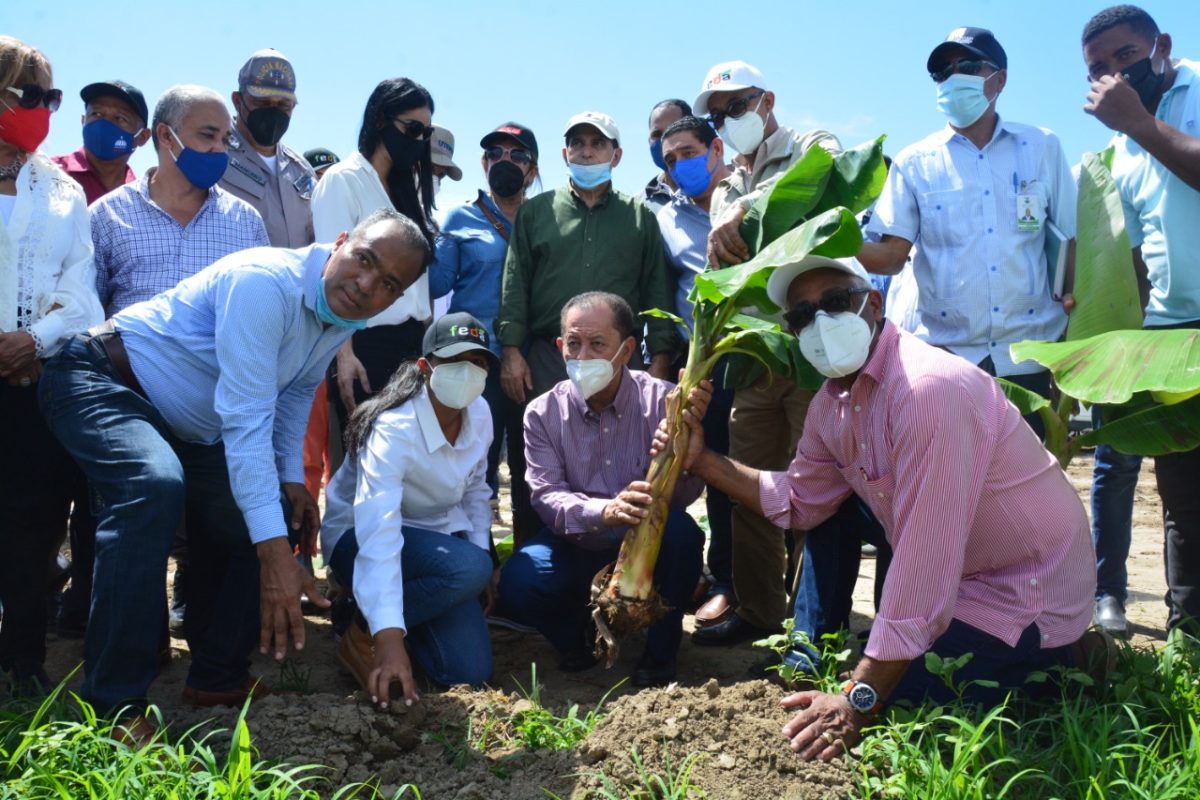 He said that in coordination with the Agricultural Bank and the FEDA, they will have financing of 300 million pesos at zero rates of the 5 billion pesos of the Guarantee Fund provided by President Luis Abinader to support national agricultural production.

The official spoke at the head of beginning the planting of 30 thousand banana tasks in the Municipal District of Santana, Tamayo municipality, Bahoruco province.

The director of the FEDA assured that the planting plan would help encourage the cultivation of musacea in that region to increase the profitability of agricultural producers.

Toribio explained that it is necessary to promote the consumption of bananas to return to the traditional roots of Dominican culture.

“A person who consumes bananas in the morning for breakfast is injecting energy into his body to start productive work and thus contributes to promoting a higher level of profitability for producers,” he said.

He stressed that the planting of 30 thousand plantain tasks in the Municipal District of Santana demonstrates the interest that President Luis Abinader has placed in Dominican agriculture.

He indicated that other planting areas would be incorporated into the production of bananas to lower the price of this product to consumers.

Toribio highlighted the great potential that the Tamayo area has for the cultivation of bananas, allowing farmers to resume their planting work.

He said that the FEDA, as a facilitator of agricultural activities, will redouble its efforts to meet small and medium-sized farmers’ needs.

He indicated that technicians from the FEDA and other organizations linked to the agricultural sector would participate in planting the 30,000 banana tasks in the Municipal District of Santana.

During the event, the central authorities of the provinces of Barahona and Bahoruco participated and leaders of the leading agricultural associations in those areas.