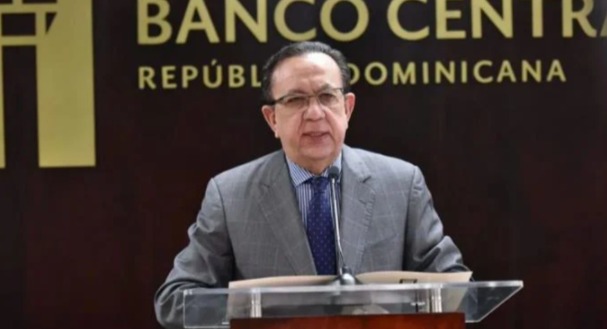 Héctor Valdez Albizu projects that by 2021 the economy will close with growth of 6% of GDP, above its potential. This was said while reporting on the "Performance of the Dominican economy during January-September 2020 and its prospects for next year."

The Monthly Index of Monthly Economic Activity (IMAE), an indicator of September’s economic behavior, closed at -5.6%, five times less than the contraction of -29.8% of last April, which reflects the recovery that the economy is reaching, despite the effects of the pandemic.

In a speech on the occasion of the 73rd anniversary of the Central Bank of the Dominican Republic (BCRD), the governor of the monetary entity, Héctor Valdez Albizu, to which he said he had dedicated 45 years of working life, highlighted the result of the IMAE and the recovery by the expansionary measures taken by monetary policies, in coordination with the Government’s actions to make the effects of the pandemic less severe.

“We are walking steadily,” said Valdez Albizu before announcing as a scoop that RD $ 40,000 million was made available to financial entities at an annual rate of 3.0% to be channeled into loans to companies and homes at an interest no greater than 8 % per year.

The official explained the performance of the Dominican economy in January-September 2020 and its prospects for next year. It projected a better performance than that indicated for the end of this if the contemplated plans materialize, and for 2021 it expects the recovery process to accelerate to close with a growth of 6%, higher than the potential development of the economy.

In terms of indicators, he cited the growth of remittances, Foreign Direct Investment, and exports and a lesser contraction in the current account deficit of the balance of payments.

The economy is on the right track. Valdez Albizu reiterated, not without ceasing to specify, that the world is practically in recession, in a global crisis that has affected thousands of producers.

“We are convinced that these additional measures will contribute to maintaining the high levels of liquidity in the financial system, which would accelerate the transmission mechanism of monetary policy, encouraging the channeling of credit to the private sector and favoring the boost in domestic demand,” the head of the financial institution said in a speech marking the Central Bank’s 73rd anniversary, where the Dominican economy’s performance indicators were presented from January to September of this year.

He said that this measure seeks to alleviate the burden of micro, small and medium-sized companies and Dominican households in the face of the global crisis generated by the Covid-19 pandemic.

Reaction
The economist Antonio Ciriaco Cruz considered that the figures given by the Governor of the Central Bank, Héctor Valdez Albizu, that he would deliver RD $ 40,000 million to financial intermediation entities for households and MSMEs, is part of the stimulus program to maintain the liquidity of the financial system.

“This is to respond to the financing needs that companies may have in the recovery period,” said Ciriaco Cruz.

The also vice-dean of the Faculty of Economic and Social Sciences of the Autonomous University of Santo Domingo (UASD) valued that facilities are given to households and micro-businesses because if banks are not flexible, delinquencies will increase.

indicators
-5.6%
The economic activity registered an interannual variation of -5.6% in September, for an improvement of 24.2 percentage points compared to the -29.8% in April and a contraction five times less.

Low-interest rate
The weighted average lending rate of commercial banks fell more than 300 basis points, going from 13.28% in March to 9.95% in September. Cumulative inflation as of September was 3.74%.

Foreign Direct Investment reached US $ 2,066.4 million in January-September 2020, allowing the financing of more than twice the current account deficit of the same period.

Reserves
As of September 30, international reserves exceeded US $ 10.5 billion.