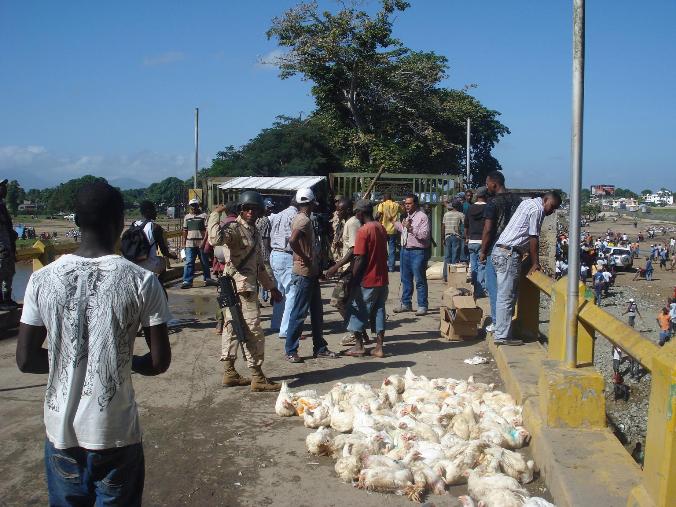 Dajabón, Dominican Republic.- After a meeting Sun. between Haitian and Dominican authorities that lasted for about four hours, the parties reached an agreement to reopen the Dominican-Haitian border to trade in goods.

This conciliation step in the commercial dispute comes just one day after the Haitians radicalized their position of closing the border strip through the land stretch with Dajabón, worsening the crisis even more, by strongly halting the traffic of tractor trailers and trucks, and the entry of Dominicans who perform specialized jobs in that country.

The binational market scheduled to reopen last Friday here ended in failure, due to the new provisions adopted by the Haitian side.

Meanwhile Dominican Foreign Affairs Minister, Roberto Álvarez, rejected a publication by the Haitian media Rezo Nodwes, entitled “Alert !,” in which he advises Haiti President Jovenel Moise of an alleged call from the Dominican side to discuss a new delimitation of the border.