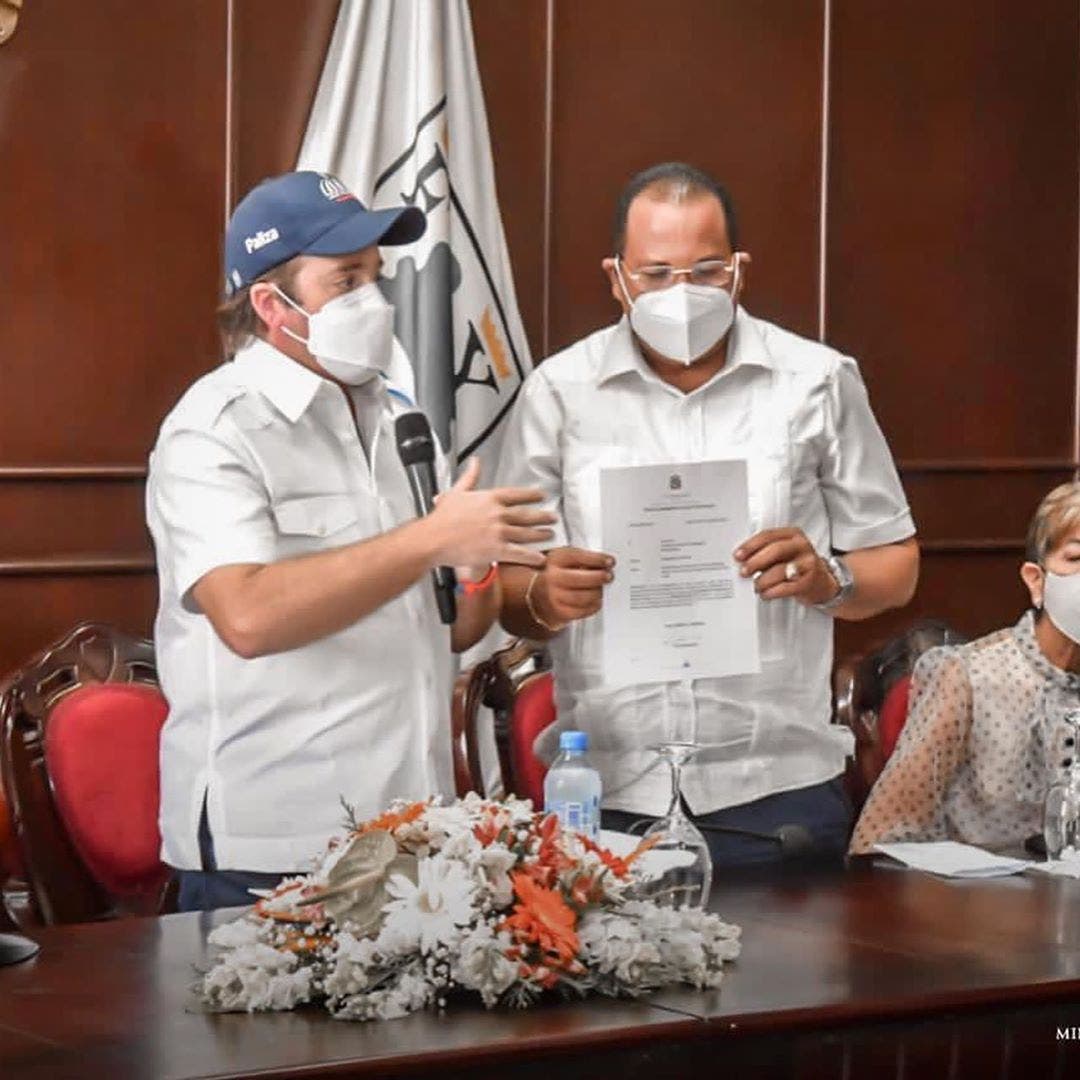 In compliance with the promise made by President Luis Abinader during his recent visit to Puerto Plata to remodel the market of the head municipality, the Administrative Minister of the Presidency, José Ignacio Paliza, went this Friday to the Atlantic city to deliver a certificate for a deposit of 48 million 11 thousand pesos to start the work.

The funds for the work were given to the mayor of San Felipe de Puerto Plata, Roquelito Garcia. He had stressed the need to recover the commercial area under the projects announced by the Head of State in the province to revive tourism.

“The Government will not execute the work, it is an economic contribution that we make to the city council, and the city council based on the regulations of place and procedures, because it will make construction in the next ten months of that important municipal work and according to the budget that they had originally thought,” expressed Paliza.

He asked the legislators and council members of the province to give the mayor’s office the necessary support to carry out the work.

“They can count on the municipality of San Felipe de Puerto Plata, as well as the province of Puerto Plata, with the collaboration and support of the government of President Luis Abinader to culminate the process of launching a square like ours, as well as on a personal level, in our capacity as Administrative Minister of the Presidency, with whatever is within our reach, to make Puerto Plata what it deserves,” he said.

On his side, Mayor Garcia thanked President Abinader for his collaboration. He said, “Minister Paliza, today you come with the contribution in your hands, and on behalf of Puerto Plata, we want to thank you because the market will be converted into a municipal plaza that will generate more jobs, improve the quality of life of its merchants, but also receive thousands of tourists during the year.