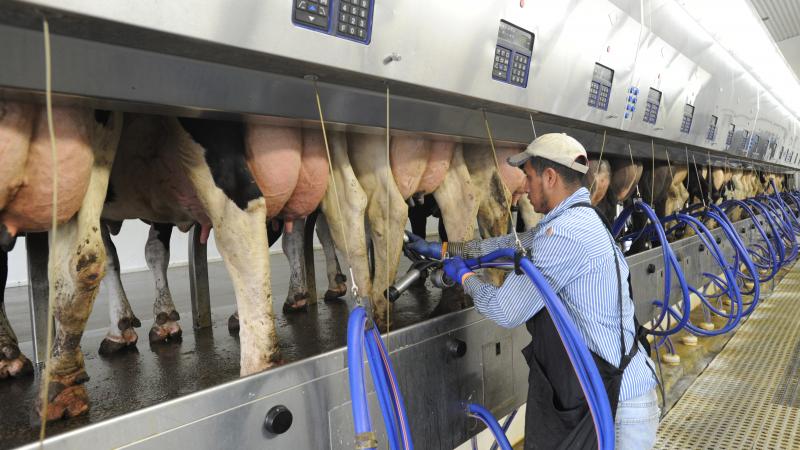 The administrator of the Banco Agrícola, Fernando Durán, guaranteed that the RD$5 billion interest-free loans would be made available in part to milk producers.

In this regard, Durán announced that an office of the Agricultural Bank would be opened in Villa Los Almácigos so that resources can reach the countryside and be a space of progress for the country.

He added that the milk processing plant of the Cooperative of the Northwest Cattlemen’s Confederation (Coopfedegano) would be re-launched, which will help strengthen the quality of this product.

“We have to make our lands generate wealth to the producers of the field,” said the administrator of Bagrícola during the meeting.

Meanwhile, during a meeting with representatives and producers of the livestock sector, the Ministry of Agriculture made viable in the short term the solution to the problems that arise in the national milk production.

The Minister of Agriculture, Limber Cruz, listened to these producers’ situation and addressed issues such as the profitability of milk prices.

Cruz arranged for the delivery of 20,000 vaccines for the animals.