DR is experiencing the best time for private investment, according to the MOPC minister 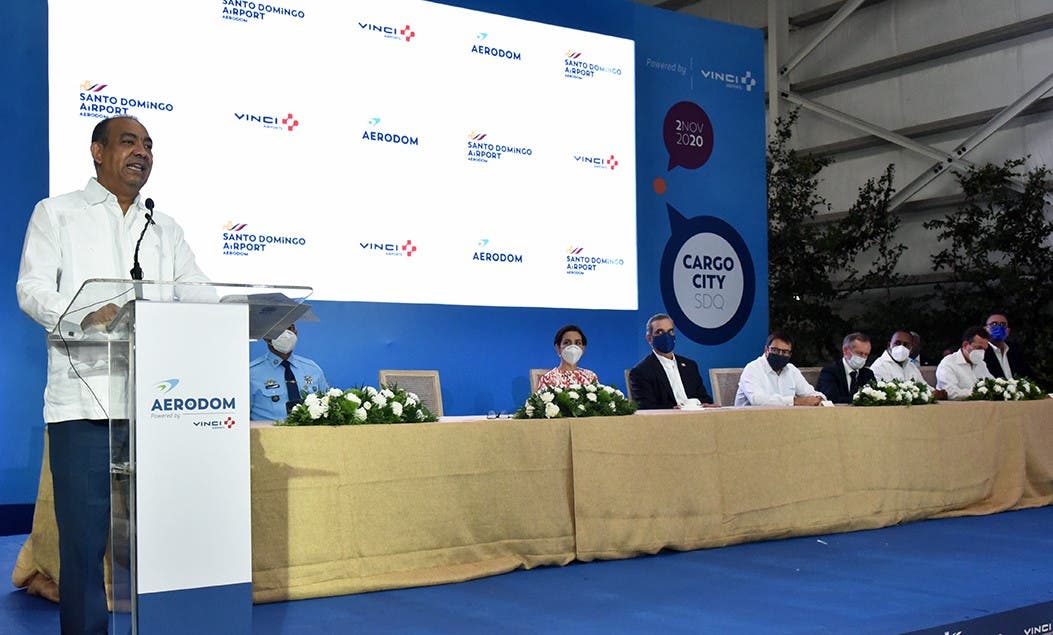 The Minister of Public Works and Communications (MOPC), Deligne Ascención, stated that the Dominican Republic is experiencing the best time for private investment, thanks to the government’s support and facilities government President Luis Abinader.

Ascención spoke in those terms, in the act headed, this Monday by President Luis Abinader, where the new cargo terminal of the Las Américas International Airport was inaugurated, Doctor José Francisco Peña Gómez, a work whose supervision is the responsibility of the Ministry of Public Works and Communications.

He announced that the ministry he leads will present proposals to eliminate paperwork to expand private investments, national and foreign, following President Abinader.

The Minister of Public Works, Deligne Ascención, in his capacity as President of the Airport Commission and representative of the Dominican State for the airport concession, was in charge of the central speech and highlighted that this project is the result of public-private investments.

“Today we have the honor of accompanying the President of the Republic in this act of inauguration of Cargo City of the Las Americas International Airport, Dr. José Francisco Peña Gómez, whose name we evoke with the dignity that this great leader, forger of libertarian ideas and progressive thinking, deserves,” said Ascención.

He affirmed that these works are part of the State’s demands before the concessionaire, in light of the world economic dynamics and national development objectives supported by the airport industry.

“On behalf of our President Luis Abinader, of the Airport Commission and of the MOPC itself, we thank the delivery and integration of these works to the state patrimony, with the commitment to watch over their permanent maintenance and renewal,” he explained.

He highlighted the government’s satisfaction that in all state airports, a high percentage of energy consumption is through photovoltaic parks, clean, renewable, and sustainable energy, as part of international climate commitments and cost reduction.

Ascención congratulated the Vinci Airport Group, in the person of its president and CEO, Nicolás Notebaert, and the concessionaire Aerodom, in the person of its general director, Monika Infante, “for the delivery of these works and the kindness of accompanying the President of change, Luis Abinader, in this act in which we receive from Aerodom the infrastructures that will modernize the cargo areas.”

Total change in the cargo area

The project contemplates the transformation of the cargo area into a “Cargo City” with independent entrance and parking, which will allow the integration of all the actors and services required for the air transportation of goods in a unique and modern space with exclusive and direct access to the ramp area.

The “Cargo City” will also include constructing a three-level commercial building, with modern facilities in which banking, food, and beverage services will be housed on the first level. In contrast, the second level will include office space, counters for customs agents, and cargo consolidators, while the third level will house the new Aerodom administrative offices.

In its first phase, the project also includes constructing a new warehouse of approximately 6,800 square meters, centralizing the dismantling of cargo, and providing an office area for cargo integrators.

Also, a 2,300 square meter warehouse will be built in a new area for all the free trade zone merchandise of the AILA-JFPG, which will involve the relocation of the security and customs inspection point.

The planned transformations also include aeronautical objectives, such as the leveling of the safety strip of runway 17 35 of the AILA-JFPG so that it complies with the regulated slopes: transversal, longitudinal, in the direction of the runway and opposite, which is being executed following the regulations of the Dominican Institute of Civil Aviation (IDAC).