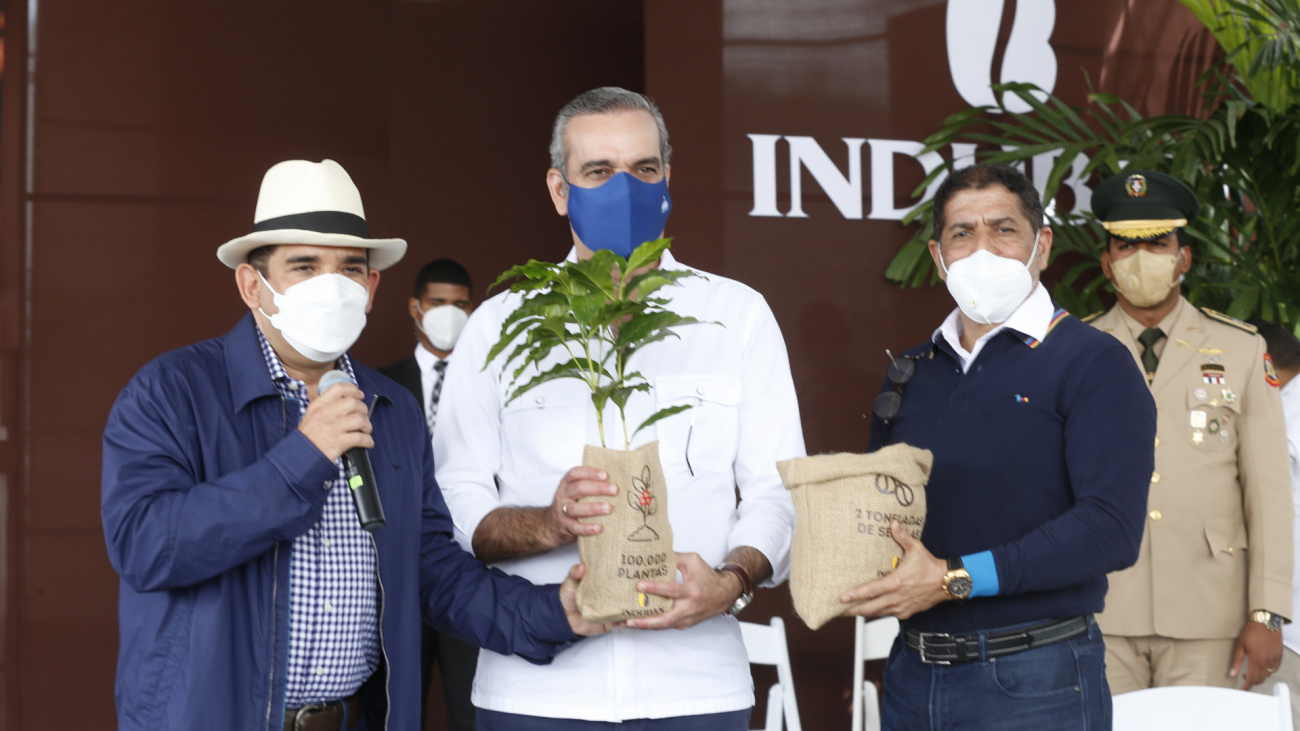 President Luis Abinader announced today that the government would lend one billion pesos, at a zero rate, to coffee producers to improve the fields and reduce poverty in the country.

Abinader offered the information, at the head of the act of beginning this year’s coffee harvest, held at the facilities of the Reproduction Center of New Coffee Varieties of Industrias Banilejas in Rancho Arriba, San José de Ocoa province.

The president showed the interest of his administration in contributing to the recovery of coffee production in the country for all national producers’ good.

He raised the need for a public-private alliance to overcome the evils that affect coffee production and overcome the poverty that affects most of the inhabitants residing in the towns of the southern region visited.

He said that even though he is not a specialist, he knows economics, so he acknowledged that support is needed in favor of coffee producers at the time of announcing that the government will give that support.

The president received from the president of Industrias Banilejas (Induban), Manuel Pozo Perelló, a donation of two tons of seeds and 100,000 sprouted coffee plants to support the National Plan the Recovery of Coffee Production.

During the discussion, the governor received the plan to recover the coffee sector and the safe harvest manual that Induban developed and that grain producers apply to avoid workers’ contagion due to the Covid-19 pandemic.

Manuel Pozo Perelló received the president,
executive president of Industrias Banilejas (Induban), who congratulated him for the work he is doing at the head of the State.