Former Vice Minister of Tourism: it would be a mortal blow to remove aid to employees of the tourism sector 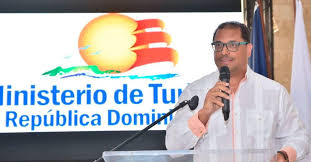 The former Vice Minister of Tourism Julio Almonte assured that the separation of the tourism sector’s employment from the Government’s social assistance programs would be a “mortal blow” for the economy of that sector and the Dominican Republic.

Almonte said that one million direct and indirect jobs in the sector help generate the seven billion dollars that tourism contributes to its economy.

The leader of the Dominican Liberation Party (PLD) in Puerto Plata assured that one in every 13 employees in the country works in the tourism sector. That is, about 450,000 directly and indirectly, about 600,000.

He considered, therefore, that there will be a dilemma when 80% of those employees are left without the support of social aid from the Employee Solidarity Assistance Fund (FASE), in its two modalities, and from other programs. He said this would create a social problem.

“And this without thinking that women hold more than 54% of those jobs,” he argued.

He stated that the semi-opening that the hotels carry out is very discreet and, practically, to comply with the Ministry of Tourism and the government, “so it does not meet the need to reintegrate more than one million employees produced by the tourism sector.”

Almonte, who was in charge of Destination Management in the country, said that currently, the average number of employees per room in hotels is 1.75 to three and that in the country, there are around 100,000 that must be enabled. Still, many of the employees have been suspended, canceled, or given vacations without pay.

He indicated that social assistance programs’ activation was a kind of “blessing” for the sector.

He expressed that tourism is the backbone of the country’s economy, so with the paralysis of operations due to the COVID-19 pandemic, government aid played a fundamental role in the survival of workers in the sector.

He pointed out that the hotels, having no income, could not sustain the payment to the employees, so in some cases, they established aid such as advance payments or past due holidays, but not all could do so.

“For these reasons, the impact of social aid to the tourism sector is more important than people imagine. Part of these reflections are based on the importance of foreign investments focused on more than 35% in the tourism sector, whose contribution to the gross domestic product is 14%,” Almonte added in a note from the PLD’s Communications Secretariat.

He expressed that it is difficult to think about what will happen to all those who work in the tourism sector if the aid is suddenly withdrawn since 80% of the million employees who work in the industry will be left out because of the total reopening of hotels until after mid-2021.