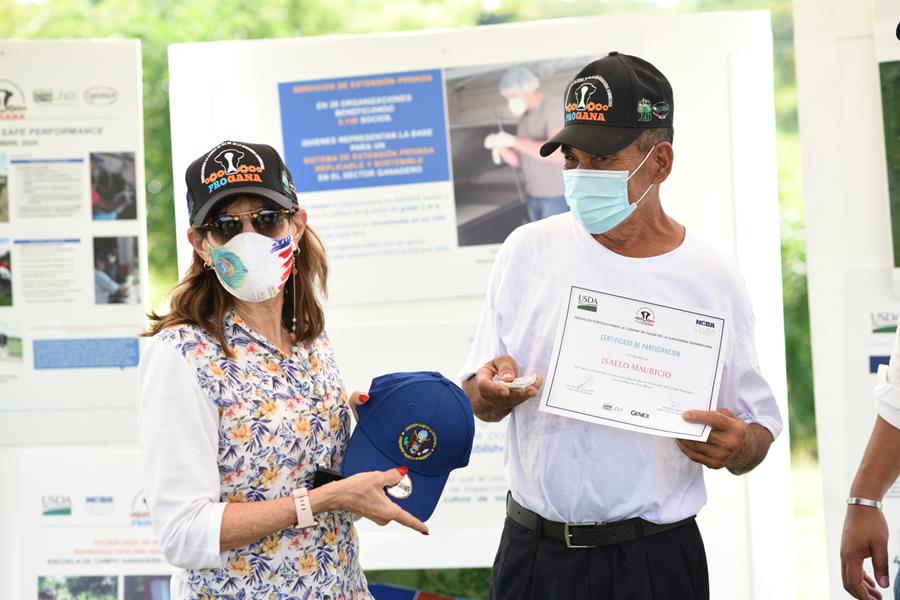 Santo Domingo.- United States Ambassador, Robin Bernstein, visited the northeastern province of Hato Mayor on December 9 to see the projects developed in the area with the support of PROGANA, a project of the Department of Food for Progress Program of Agriculture (USDA).

During her tour, Ambassador Bernstein visited a dairy farm that receives technical and financial support from PROGANA, in which a Field School (ECA) was established, where dozens of producers have been trained in technical aspects such as pasture management, conservation of forages, animal health, innocuousness, administration among others; in addition to the construction of a modern and practical milking room.

These interventions have resulted in significant improvements in terms of quality and safety of the milk obtained, greater resilience of producers before the impacts of climate change and, above all, a significant increase in their income and quality of life.

Later, Ambassador Bernstein visited the Agrocafé del Caribe coffee farm. Ambassador Bernstein was received by Mr. Manuel José Pozo Perelló, INDUBAN executive president, and part of her staff, where the diplomat was able to learn in detail about the seedling production process, the coffee harvesting, processing and drying processes.